I am in Ireland

I arrived this morning after a seven  hour flight, during which I got next to no sleep. I tried to nap, but really, can anyone get much sleep on a trans-Atlantic flight?

After an accidental nap in my hotel room, I set out to explore. It turns out that there isn’t much to do in Shannon, though. The town was built to support the airport, if Wikipedia is to be trusted and so doesn’t  have the sort of attractions that another place might have, so after a Google search or two, I headed to Bunratty Castle, which is a thirty minute bus ride from my hotel.

It’s not just a castle in the site, though. There are are over  30 buildings from various time periods, as well as an 1800s ‘living village’ gardens, and and the tiny Ardcroney Church. There is a fairy garden, as well, which is adorable. 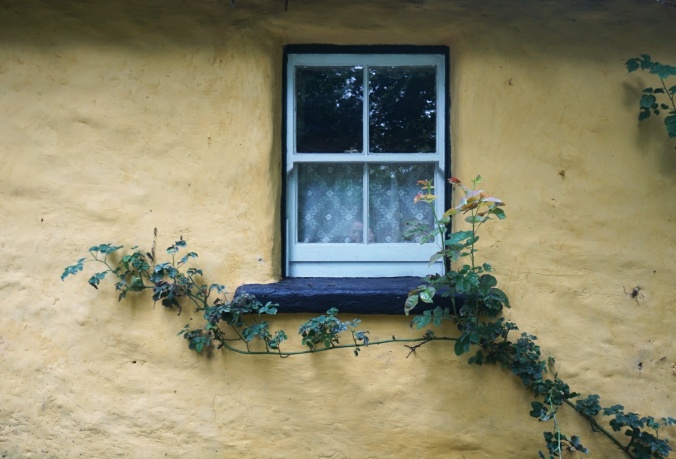 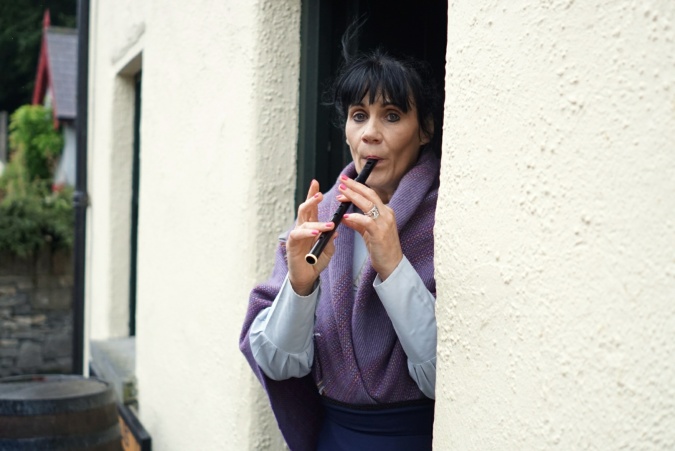 This woman was playing her pennywhistle when I walked by, so I stopped to listen. When it started raining, she invited me into the little house to sit and chat by the fire. She played some more, sang a song, and was generally charming. I asked if I could take her picture while she played, to which she happily agreed. Sadly, I didn’t catch her name.

I’ll be heading to Galway tomorrow morning to listen to lots of traditional Irish music, visit bookshops, local sites, the Aran Islands, and the Cliffs of Moher. I’m only a little nervous about taking the ferry out to the Aran Islands, as the only boat I’ve ever really been on is a small fishing boat on Lake Vermilion in Minnesota.