It’s  a bit late but I was dead tired last night, and pretty much went straight to bed.

Anyway. If you ever find yourself on Inis Mór, and someone asks if you want a horse and buggy tour of the island, do it! It didn’t cost much more than hiring a bicycle, and our driver, a lifelong resident, told us all sorts of things bout the place- like the 300 year old thatched house he grew up in, the movies made there or how 18-foot waves washed away the road one winter. We made it to Dún Aonghasa after a short ride full of fun facts and political jokes, and we didn’t  have to navigate bicycles through wagons, cars, and up and down steep hills. 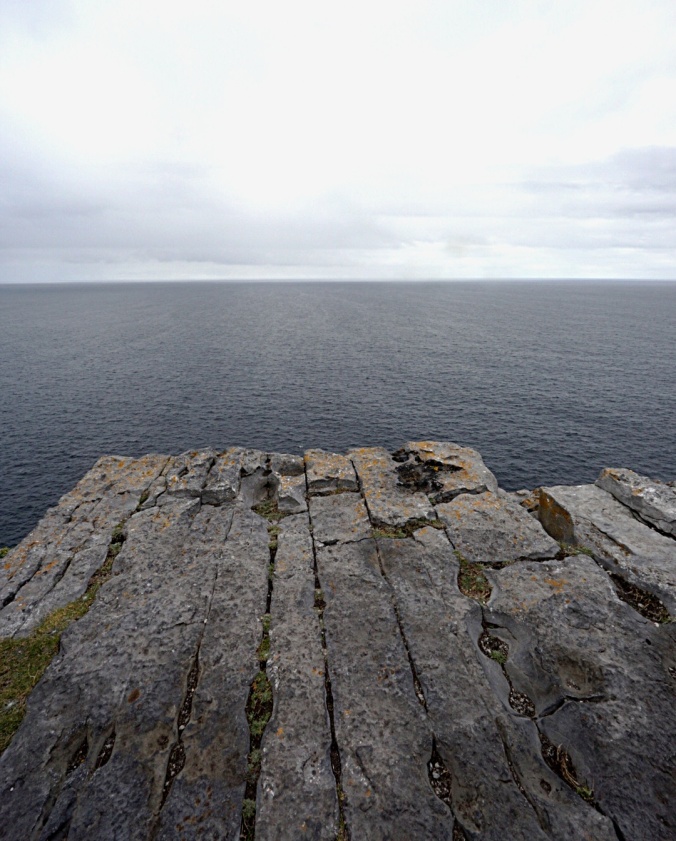 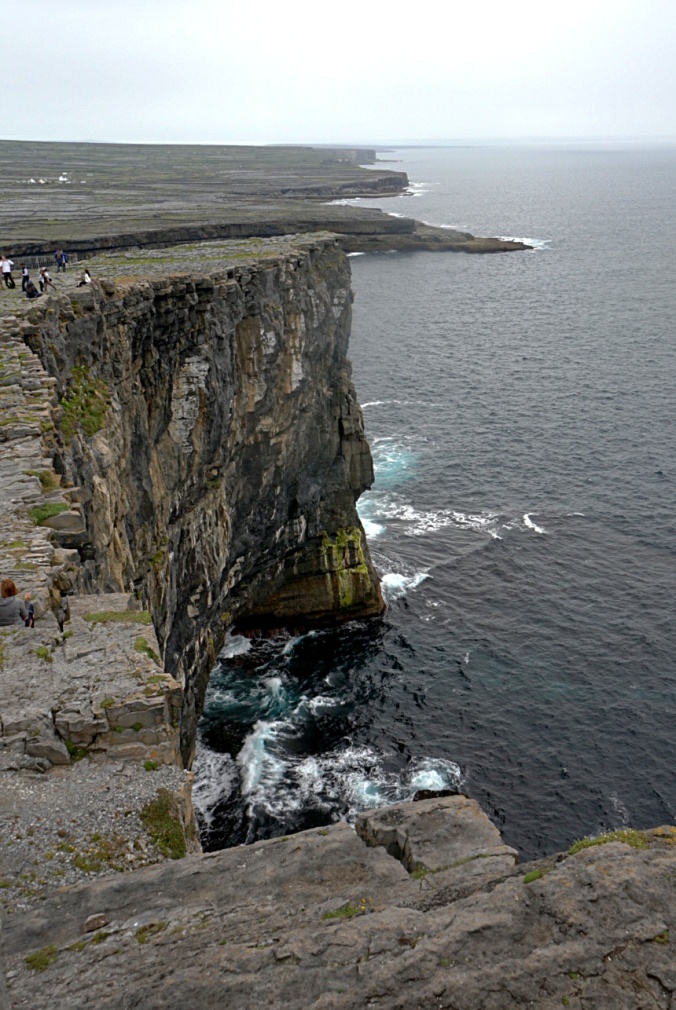 It’s a long, rocky walk up to Dún Aonghasa and the cliffs it overlooks. It’s quite windy, too which is part of the reason I was loathe to go right to the edge. I’m  not  a very big person, and wind gusts are a problem. They’re especially problematic when you’re on the edge of an 87 meter cliff that drops straight down into the ocean. Dún Aonghasa itself is nearly 3,000 years old, and while it would be easy to defend, it would be hard to maintain during a siege since there afe no water sources and there isn’t enough soil to grow any kinds of crops. Archaeologists think it had a religious purpose.

While there were quite a few tourists while I was up there, it was still amazing to be on such an ancient site and be able to walk right up to the edge of a cliff like that.

On the way back down to the harbor, we stopped to see seals from afar and herd more stories about the island. The residents (all 800 of them) speak Irish amongst themselves and English to the 1400 or so tourists who show up on an average summer day. Padric (our driver) said the best time to come is in May, when the best wildflowers are blooming. Hardly  anyone comes in the winter, so if you like peace and quiet and don’t mind the wind, you’ll be set. 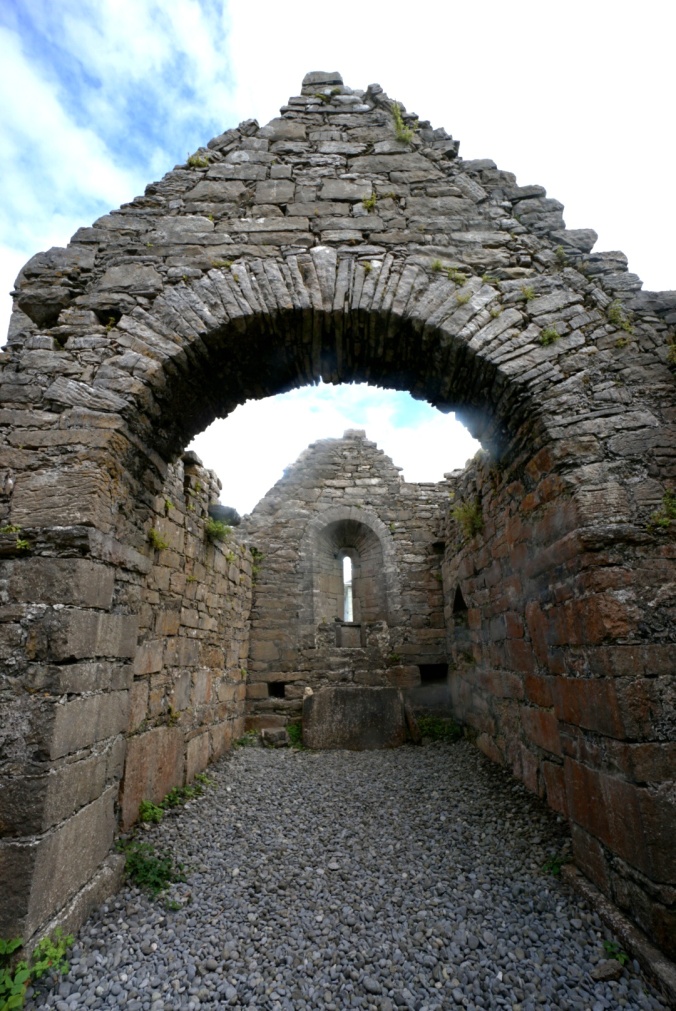 The ocean continues to fascinate me. 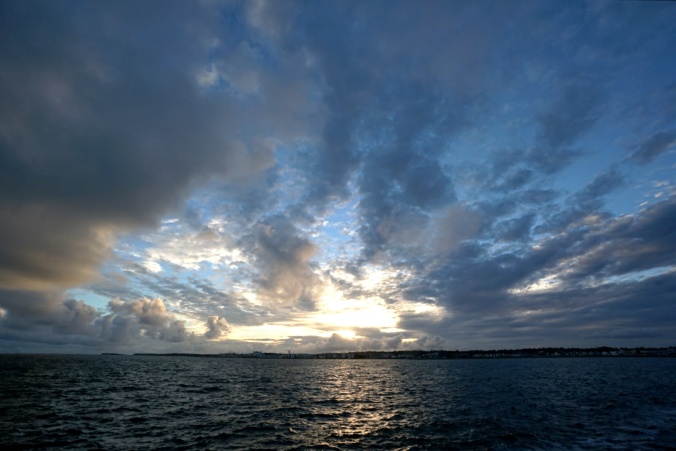 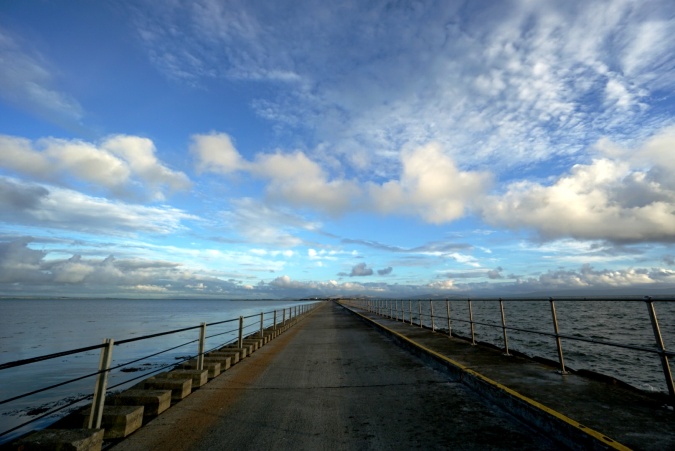