Today did not go as planned… A good friend arrived in Ireland yesterday, and we had intended to meet here in Galway before she and her  mother went on to Connemara. Unfortunately, the airline sent their luggage to Paris instead of Dublin, and they had to wait around for their things to arrive for so long that they had to bypass Galway altogether.

I did some shopping and some wandering, and then headed back to my B&B relatively early. I was tired (sunburns do that to me), my legs were sore, and the weather was getting a bit dodgy. 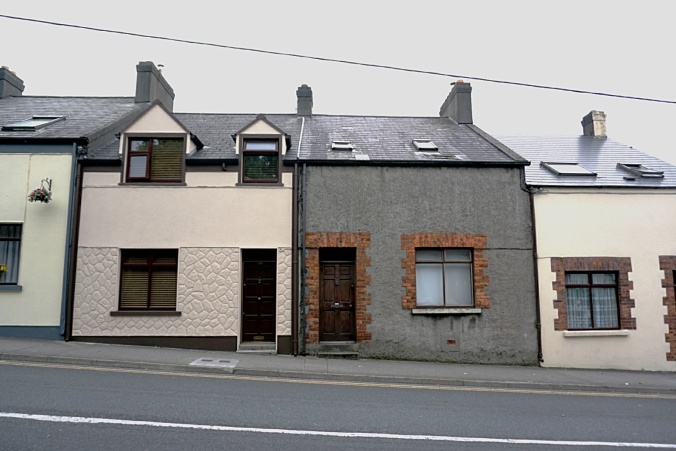 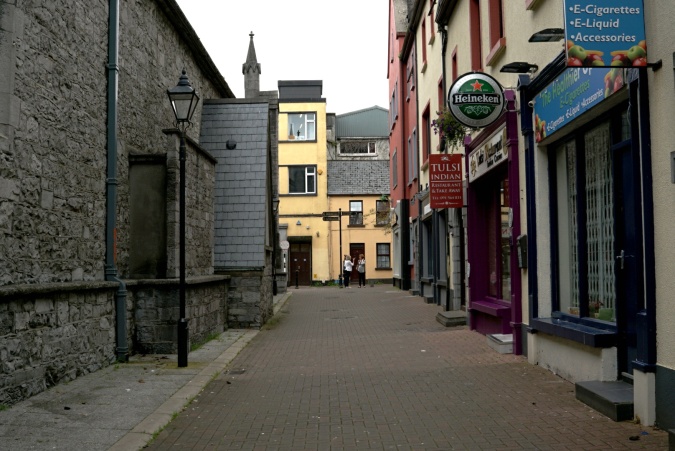 It started raining, so I stopped at The Lane Cafe on Druid Lane for some tea. It’s a charming little place and it looks very modern on inside, while the window shutters are bright blue on the outside. I ordered mint tea, and was presented with this: 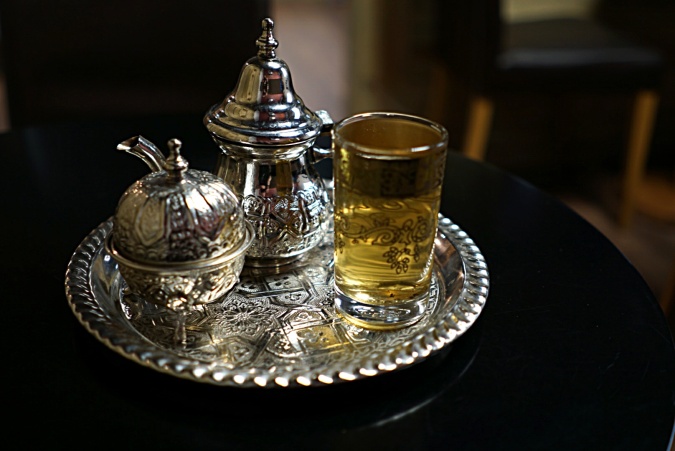