I’m a little late getting this going, aren’t I?

Toward the end of August, I picked five books to read for September:
– Ninefox Gambit by Yoon Ha Lee
– The Passion of Artemesia by Susan Vreeland
– The Autumn of the Patriarch– by Gabriel Garcia Marquez
– The Sun Also Rises by Ernest Hemingway
– The Time Traveler’s Wife by Audrey Niffenegger

Because I can occasionally be impatient, I started early withe Ninefox Gambit. Sadly, though, I didn’t click with that particular book which is odd, given that I like science fiction. But it was hard for me to tell what was going on and why I should care about the protagonist or the world she inhabited, so I stopped reading and returned it to the library.

Then it was on to The Passion of Artemesia, which had been on my shelf for some time. I think I was destined to like this story- a fictional biography of a woman artist (a master, no less) in Renaissance Italy. Artemesia Gentilleschi may not be my favorite artist of all time, but her work is amazing nonetheless. Vreeland’s story is riveting all the way through, and details what it might have been like for Gentilleschi to stay dedicated to her artistic career in an era when it was believed that women didn’t have the necessary intelligence to do things like read or paint.

So after dealing with two of the books on my TBR list before September even started, I veered away from the list because two eBooks I’d requested at the library were automatically checked out to me. The first was Into Thin Air by Jon Krakauer, an account of a disastrous 1996 expedition to the summit of Mt Everest. It’s a riveting account of Krakauer’s experience on the mountain, where he discusses the energy and effort it takes to do simple things like walk across moderate inclines at elevations above 25,000 feet, and how quickly the weather can change from clear to deadly in a short period of time.

My current read is The Badass Librarians of Timbuktu Joshua Hammer, which is about a vast library of centuries old Islamic books and manuscripts in Mali that were saved from destruction by some very brave and intrepid librarians who got the books out of the danger zone, right out from under the nose of Al Qaeda. I’m only about 20% of the way through the book, when the focus is on how the library was initially assembled in the 1980s and 90s, but so far it’s super interesting, and I’m looking forward to seeing how they saved the texts.

After that, I’m going to get back to my list. I have most of the month left, and three books to start and finish. 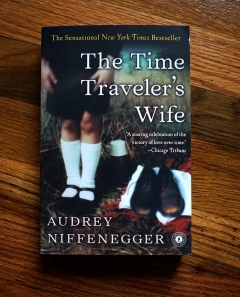 Should be easy, assuming I can get past my sudden obsession with the show, Sleepy Hollow…