April was full of ups and downs, with stressful weeks and a few relaxing days thrown in for good measure.  Warm weather, then cold again, with a lot of reading getting done. I’ve been doing more street photography since I bought my new camera, and so I’ve been spending more time in coffee shops. This demands patience as you wait for for something interesting to happen, so I bring a book along and hope I’ve sat down in the right place. Usually, I’ll see something that catches my interest, no matter where I go.

I finished fourteen books in April, though I started the first three in March or earlier:

I’m currently reading The Blue Sky by Galsan Tschinag and The Return of the King by J.R.R. Tolkien. 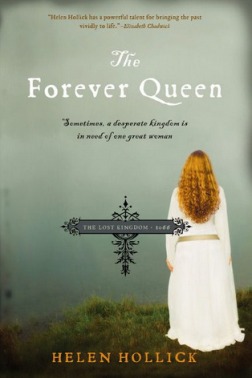 I started The Forever Queen by Helen Hollick, but it is going to the “Did Not Finish” category. The story is about Queen Emma of England who came from Normandy to marry King Æthelred in 1002. It is a tumultuous time and Æthelred is not the best of kings, so Emma must step up and do her part to save England. If Hollick had stuck to Emma’s point of view, I probably would have stuck with the book. The prose is passable, but Hollick keeps switching from one character’s point of view to another, sometimes for only a paragraph or two, and usually without pointing out which character the reader is with. She also has a tendency to go into the back story of the characters whose POV we’ve suddenly jumped into, whether or not that back story is necessary. Hollick also hasn’t figured out how to deal with the issues of the different languages that the characters speak. For example, Æthelred will be talking to Emma, and you’ll get the entirety of what he’s said, but then Hollick will half-heartedly point out that, because Emma doesn’t speak English, she only understood a word or two.  The Forever Queen comes in at 635 pages and was a bestseller when it came out, so a lot of people like it. But I am not one of them.

I’ve been enjoying several of Netflix’s new, streaming animated offerings. I saw Coraline, based on Neil Gaiman’s book of the same name when it came out in the theaters, but hadn’t watched it since. It’s streaming again, so I put it on the other night and enjoyed it just as much as the first time around. I also watched the collection of Disney’s animated short films that’s streaming. It included “Paper Man”, “The Little Matchstick Girl”, “The Ballad of Nessie”, the super cute “Feast” which is from the point of view of a dog, and two shorts based on  Tangled and Frozen, among others. I missed seeing Kubo and the Two Strings when it came out last year, but it’s streaming now and on my list to watch soon.

Back in January, I thought I’d make a lot of reading selections based on Pop Sugar’s 2017 Reading Challenge. That has not been the case, and I keep forgetting that I have the whole list written out in the front of this year’s bullet journal. Oh well. I’m still reading a lot.

3 thoughts on “April Summary and May Preview”