I did not drive off a cliff, get kidnapped by elves, or get washed away by sneaker waves on Reynisfjara. I endured fifteen hours of air travel and airports on a couple of hours of sleep, and I’ve mostly recovered from jet lag thanks to generous doses of iced coffee. Now comes the extensive photo editing and the general absorption of the trip.

To put it shortly, I had a blast in Iceland, and I didn’t need any volcanic eruptions to do so! I stayed at a charming little guesthouse in Reykjavik, and drove to the various places I wanted to see- Reynisfjara, a black sand beach near the little town of Vik; the Snæfellsnes Penninsula and the sea cliffs of Arnarstapi; Gullfoss, a waterfall more powerful than Niagara Falls, and Thingvellir National Park, the site of both the continental divide and the location of the first meeting of Iceland’s parliament in 930CE. I visited multiple bookshops and a couple of museums in Reykjavik. And I took photographs. A lot of photographs.

I’ll be recounting my adventures in later posts, so stay tuned!

The kitchen in in the guesthouse where I stayed

Mál og Menning, easily my favorite of the bookshops I visited in Reykjavik 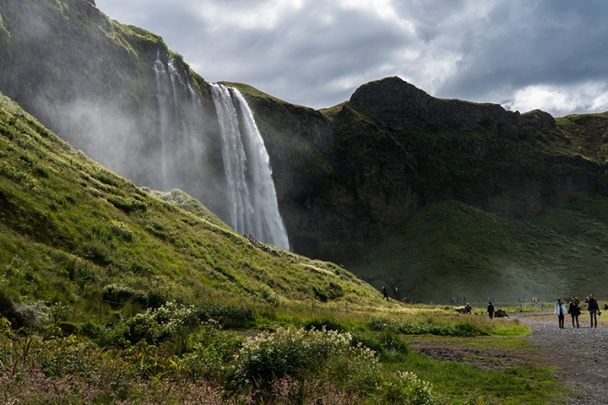 I bought a book at Mál og Menning. I’d planned to purchase a copy of the Elder and Prose Eddas, but after looking at the wide selection of Icelandic sagas that were available, I picked Njal’s Saga instead. It looked so interesting and is new to me. I’ve already read the Eddas, so I’m not missing out on the story. There were far more sagas than I thought, so it will be fun to explore those in the future!

I also read far more than I expected to while I was there, due in part to the long evenings I encountered. Sunset wasn’t until around 10:00pm, and it didn’t get fully dark at all. That made it easy to get lost in a book and not realize how much time had passed. Because the kitchen was cozy and quiet and the tea was free, I spent a few evenings resting up after the day’s travel and hiking with a book. I finished up Helen MacDonald’s memoir H is for Hawk, then started and finished The Martian by Andy Weir, Paris in Love by Eloisa James, and What I Talk About When I Talk About Running by Haruki Murakami. The last two I mostly read on the plane from Reykjavik to Minneapolis/St. Paul because I couldn’t sleep very well, despite how tired I was.

Currently, I’m in the midst of The Republic of Thieves by Scott Lynch and Uprooted by Naomi Novik. I started reading The Republic of Thieves a couple of years ago, but never made past about page 200. I have no idea why, since I enjoyed the first two books in the series and didn’t dislike the story. I’ve gotten much further along this time around. Uprooted was recommended by a couple of different sources I trust. I’m not too far along, but it’s been a wonderful read so far.

I had planned to go downtown after work last night, but after realizing that it would be packed with all the tourists coming in to see the total solar eclipse on Monday, I decided to stay out of downtown and went to Barnes and Noble instead. I got into a conversation about Catherynn M. Valente’s books with one of the booksellers, and she ended up recommending All the Birds in the Sky by Charlie Jane Anders. It’s a blend between science fiction and fantasy, with magic existing side by side with futuristic technology. It had been on my TBR for a while, and the recommendation pushed in over into the ‘books I own’ category. 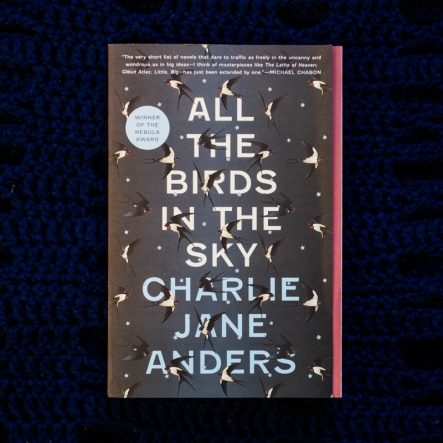