I rang in the New Year quietly, at home with my cat. I usually go out with a friend on New Year’s Eve, but with it dropping to -18°F last night no one wanted to go outside, get a car running, and then walk anywhere downtown. We’ll get together another time, when it’s above zero.

Like a lot of people, I make New Year’s Resolutions. I know I can start doing things like ‘eat healthier’ or ‘learn to meditate’ any time, but there’s something about the clean slate a new year offers than my brain just latches onto, especially in the last few weeks of the year.

I set my Goodreads reading goal for the year last night: 100 books. Since I read 123 books in 2017, this is definitely achievable, but I won’t be picking and choosing based on random fancy and what’s on the new arrivals shelf at the library because I’ll be Reading the World!

Of those 100 books, I’m planning to have at least 75 of them be from outside the US or UK. My list of the world’s countries is already written out in my bullet journal, so keeping track of that detail will be easy enough. And though I thought at first that it would be difficult to track down books from a lot of different places, the universe has responded by sending me all sorts of articles and recommendations from bookworm friends who read widely. I already have about twenty books on my shelf, so starting off won’t be a problem. It’s the carrying on with it halfway through the year that I’m worried about. There are a lot of new, American releases coming out this year that I want to read, and I’m afraid they’ll push out my world reads.

But then, I got through my Photo 365 by creating an album specifically for it on Facebook. That way, my Facebook friends would be expecting a new photograph every day and I’d feel like I was letting them down if I missed a day. I probably wouldn’t have let them down, but it felt like it would have, so it gave me impetus to get the job done.

Likewise, I’ll be keeping track of those world books throughout the year, so the fear of disappointing all of you will be keeping me accountable!

I think I have a decent start already with the three books I’m currently reading:

Behold the Dreamers by Imbolo Mbue, an author from in Cameroon, and Travels With Myself by Tahir Shah, a writer of Afghan-Indian descent who writes about his travels around the world.

Julie C. Dao’s Forest of a Thousand Lanterns offers a fantasy in a world based upon eastern Asia, so while there are swords and sorcery, the viewpoint is different from one based upon a medieval European country. It’s a beautifully written debut, and I’m looking forward to reading the rest of it. 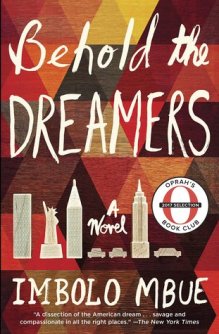 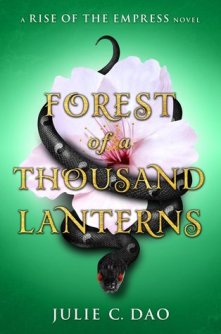