I’ve been sick with a cold all week long. I thought I could ward it off with a lot of tea and an early bedtime last Sunday, but to no avail. It got me anyway, and I’ve had a stuffy nose and a cough ever since then. While cold medication exists, it does make me feel a little loopy.

So I’ve been tired, coughing, and trying to do my job with half a voice while being just a little out of it thanks to cold medicine. It’s been a great week.

This cold also brought my three-week reading spree to an abrupt halt. Sure, I’m still reading a little every day, but I haven’t finished a single book and I’ve been extra moody when it comes to what I want to read. So now I’m in the midst of four different books. *sighs*

I hate having a cold.

At least I’m enjoying the books.

Last week’s posts include a few reviews of books I enjoyed and my first Top Five Friday, a series that may or not become weekly depending on what I can think of/have time to write. 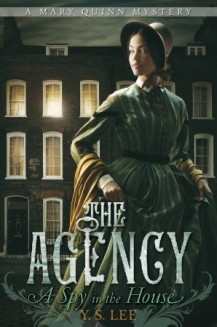 While I was being a fidgety mood reader this week, I downloaded several books via the Hoopla app. One of them was my Goodreads Monday pick, Beyond the Red Mountains by Greg Johnson. I made it all the way through the prologue before declaring it a DNF title. The writing was terrible! How did this guy get published? And how did he get a sequel published??

My current reads include: 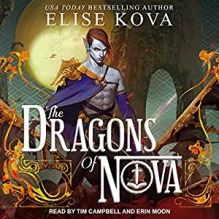 I’ve also been binge-listening to the podcast Wolf 359. The plot’s twists and turns have been keeping me on the edge of my seat. Once I finish this one, I’m going to have to track down another fiction podcast. I may be hooked on the genre now! The only problem I have is that iTunes simply will not stream the episodes from oldest to newest. It wants to go from newest to oldest, no matter how I have it set. Stupid iTunes.

And in crocheting news, I got a yarn bowl! I bought a beautiful, two-tone wooden bowl from KnitPicks and started using it last night. No more fishing balls of yarn out from under the couch, or having to worry if the cat is going to pounce on my project!