In the spirit of my efforts to learn two languages at a time- I study French in the morning and Dutch in the evening- I’ve decided that this week’s Top Five Friday will focus on some of my favorite foreign language films. I don’t watch nearly as many as I should, since there are some amazing movies from around the world. Thankfully, Netflix has a bunch of titles available, although a lot of the French offerings seem to involve a lot of sex. Why is that?

Without further ado, here are some of my favorite foreign language films, in no particular order.

A nameless hero is invited to meet the emperor to tell the tale of how he defeated the four greatest assassins in the land. But all is not as it seems, and the emperor must sort the truth from the lies.

I saw this in the theater when it first came to the U.S., and I was completely amazed by the visuals. The story is partially told through color- when red is the main color, it means a different thing from when the scene is primarily blue. I’d never seen a story told in such a fashion, and I haven’t really seen one do it like that since. And can we talk about the incredible choreography of the fight scenes? This is a must-see if you like martial arts films, art house films, or any kind of movie. 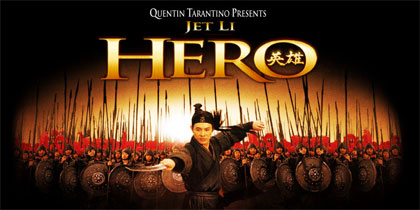 In eighteenth century France, the chevalier Fronsac and his Native American friend Mani are sent to the rural province of Gevaudan to investigate the legendary beast of Gevaudan. They find far more than they bargain for and a plot that goes higher than they could have imagined.

The production value of this film is incredible, and every detail feels authentic and accurate from the froofy wigs, to the men’s makeup, to the buckles on their high-heeled shoes. It’s beautiful to watch and to listen to- French is, of course, a beautiful language, but the soundtrack is amazing, as well. The plot is pretty fantastic, too, bringing together adventure, romance, politics, and action.  Did I mention the action? Once again, amazing choreography! 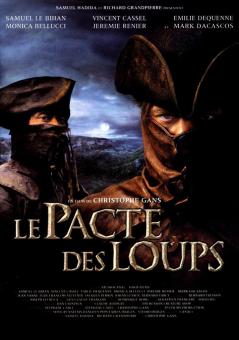 As the Tang dynasty is in its decline, two police officers, Leo and Jin, are ordered to find the leader of the rebellious group, the House of Flying Daggers. To do so, they free a beautiful dancer, Mei, who is believed to be the daughter of the House’s former leader. During the investigation, they fall in love with Mei. As Leo and Jin continue to search for the leader of the House of Flying Daggers, they find their loyalties to Mei, the emperor, and to each other tested to the utmost.

While this is generally considered to be a martial arts film, it is really more of a love story. Like the others, the production values are amazing, the fight choreography, and the music are fantastic, making the movie worth watching, even if the plot wasn’t fantastic. But the plot is wonderful, if heartbreaking in the end. 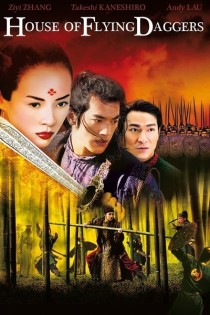 A quirky, naive young Parisian woman, Amélie, finds a little box full of childhood memorabilia from a boy who lived in her apartment years earlier. She promises herself that she will return the box to him, and that if it makes him happy, then she will devote her life to making other people happy. In the midst of her happy-making schemes, she realizes that she is lonely, and also that she is falling in love with Nino. Will Amélie find the courage to pursue Nino?

This is such a sweet, happy-making film that anyone should watch when they are sad or lonely. Amélie’s story makes anyone believe that they could find happiness, too. 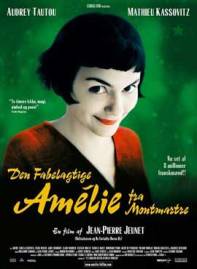 Based on the 1845 book of the same name by Alexadre Dumas, La Reine Margot follows the life of Margot, a young French princess forced to marry the hypochondriac king Henri III of Navarre by her scheming mother, Catherine de’Medici. It is an era of religious upheaval, and Catherine has helped to bring about the Saint Bartholomew Day Massacre, where thousands of Protestants are slaughtered. Trapped in her loveless marriage, Margot enters into a love affair with the soldier, La Mole, who is a Protestant leader. Conspiracies beget conspiracies among the royals, putting the lives of Margot, La Mole, and Henri himself in danger.

I first watched this movie with no understanding of the history, so I was quite confused about what was going on at first. As I settled into the narrative (with the help of the subtitles, of course), I figured out what was going on and got wrapped up in the story, even though it is a bit depressing and a lot heartbreaking. 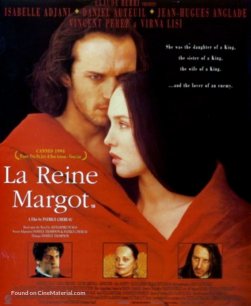