I’m so happy to say good-bye to this week. One of the co-workers was on vacation, so I got to do all of his work in addition to doing all of mine. I spent my days at work running around like a crazy person. Fun.

But I got the whole weekend off instead of just Sunday, so there’s that. Instead of working on Saturday, I read, crocheted, went to the coffee shop, and took a long walk since the weather was nice. All in all, a pretty fantastic day.

Today, assuming the current snowfall doesn’t get any worse, I will be headed to a party of some sort. Someone on Facebook made mention of a Superb Owl party. Apparently there will be some eagles there. I’m not sure how well they’ll get along with the owls, but the host is very good at cooking, so perhaps she’ll make some food that will help them get along.

In other news, I bought a basic set of Bose speakers for my computer. The built-in speakers had been fine, but I think they’re starting to go out, because I was getting this weird static-y distortion whenever men in podcasts spoke. Just men, not women. It was strange and annoying, so I decided to look into getting some speakers. Target had a Bose set for right around $100, and because I’ve had problems with cheap speakers in the past, I decided to splurge a little.

Dear Readers, I may never watch television again. The sound is AMAZING! I was even able to plug my phone in and listen to part of my audiobook that way. Why didn’t I get good speakers earlier than this??!!

In language-learning news, I’m making slow progress. There are more and more phrases in both French and Dutch that I’m starting to just know without mentally translating them, though I’m still often baffled by word order. One of the problems with Duolingo is that there’s no way for you to stop and ask, “why does the adverb come before the noun here, but after it over there?” I suppose I’ll sort that out one of these days. I just have to remember to think like a little kid when it comes to learning this stuff. Children don’t stop and ask their parents “why is it like this?”, they just figure it out over time. And I will, too, eventually.

In the meantime, here is this week’s suspect Dutch phrase, brought to you by Duolingo:

(Is that a vacuum cleaner or an elephant?)

I did a lot of reading this week to offset the work craziness, and as a result I finished four (yes, FOUR) books! I was in the midst of three of them from the previous week, so it’s not as amazing as it sounds. I wanted to get them finished up so I could concentrate on The Girl in the Tower by Katherin Arden, which auto-downloaded to my eReader at the beginning of the week. 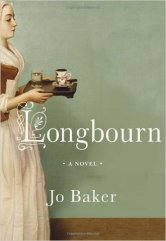 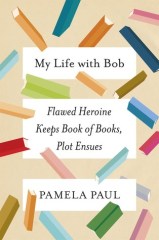 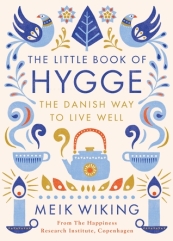 On Friday, I added to my Top Five Friday series with a listing of some of my favorite foreign language films, and Wednesday was my January Summary and February Preview.

I also had a DNF on this week’s tally. I’d been trying to get through Elise Kova’s The Dragons of Nova on audiobook, but there were a few factors that annoyed me so much that I just didn’t want to open it back up and keep listening. My major issue with it was the dragons themselves- in particular Petra and Yveun Dono, the dragon king. I know they’re powerful, beautiful, and they have amazing magic. And I know that their rigid social structure ensures that they’re up in arms whenever someone doesn’t use their titles correctly. But that’s what drives me nuts. They’re so rigid about these things that they can barely move, and they’re so arrogant about their power that they all border on megalomania. I’d spend half of the chapters told from dragon POVs rolling my eyes and hoping we’d get back to someone less tedious than Petra. To Cvareh or Florence, perhaps, but I was stuck with Petra and Arianna most of the time.

My other issue was with Erin Moon’s narration of the male characters who spoke in her chapters. Moon reads from the point of view of all the book’s female characters- Arianna, Florence, and Petra- and she does a great job there, but when male characters are talking, she drops her voice in a way that I find grating.

I may finish the Loom Saga someday, but if I do it will be with a printed copy so that I can skim the chapters involving the irritating characters. I can’t do that with the audiobook, and I’m not willing to endure hours of narration from the POV of infuriating characters.

I finished listening to Wolf 359! I spent my lunch hours listening to it instead of reading because I was desperate to find out what happened next. It’s such a wonderful series! Plot twists you’d never expect and dastardly villains. The details mesh up so perfectly from the beginning of the series on. I have to wonder if the main writer, Gabriel Urbina, set up the entire thing before they started recording, because there are things that show up in the first season that become important later on, and it doesn’t feel like they forced the connection or tacked it on as an afterthought. The voice acting is wonderful, the relationships between the characters are often fraught but always feel natural (given their circumstances), and I appreciate that they didn’t try to force any romantic storylines, because it didn’t need any.

If you’re  a fan of science fiction or of radio dramas in general, I highly recommend Wolf 359. The series finale dropped last Christmas, so you won’t have to wait weeks for the next episode to find out what happened. It’s all available now. Go listen to it!

And last, but not least, here are a couple of links I found interesting this week.

-The incomparable Ursula K. LeGuin died the week before last at the age of 88. In one of the obituaries I read, the writer mentioned an essay LeGuin wrote for Harper’s Magazine in 2008:

Staying Awake: Notes on the Alleged Decline of Reading

-The Hazel Wood has made splash on book blogs and social media lately, and is another entry in the ‘fairy tale retelling’ genre that has blown up of late.  I haven’t read that many of these newer retellings, but it seems like they are all dark and fairly grim, and lacking the wonder of old fairy tales. Caitlyn Paxson writes about this in her review of The Hazel Wood for NPR:

‘The Hazel Wood’ has Few Uses for Enchantment