I love history, so it follows that I love period dramas. Fortunately, there are a lot of them out there, and they often have a high production value so they look and sound wonderful. The only drawback is that they often don’t follow the events of the lives of the people they’re portraying. It’s a shame, because these lives are fascinating enough without Hollywood adding events to try to, say, fit Queen Elizabeth I’s life into a neat little script.

Buuut…. If period dramas help people get interested in history (and then go and find out the real story), then I suppose it’s worth it.

So in no particular order, here are five of my favorite period dramas from the world of film:

The Tudor Dynasty was a tempestuous one for England, and the reign of Mary I was no different, riven as the country was by religious strife. As the devoutly Catholic- and childless- Queen Mary grows sicker and sicker, her only heir is her Protestant sister, Elizabeth. When she ascends the throne, Elizabeth must fight to keep her throne and her independence in land dominated by men who resent her power. 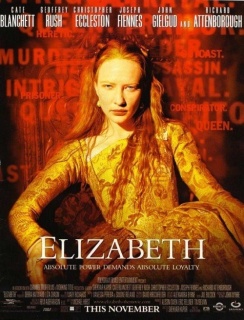 Elizabeth I is my favorite historical figure. Ever. And while the movie is not historically accurate, I still adore it. It was my introduction to the brilliance that is Cate Blanchett, who portrays the young queen as she navigates the political minefield that is England and subdues her enemies one by one. If you like the political machinations of Game of Thrones, you’ll appreciate the ones in Elizabeth.

The reign of Elizabeth I is often referred to at the Golden Age of England. But while Elizabeth holds absolute power in her own court, she is threatened from abroad by her cousin, Mary Queen of Scots and her former brother-in-law, Phillip II of Spain. Catholics both, they seek to destroy the Protestant Queen Elizabeth and claim her throne for their own.

The was a sequel that no one expected, and it is every bit as good as the first Elizabeth film. While it, too, is not the most accurate when it comes to history, it provides a sweeping look at Mary, Queen of Scots’s last days through Elizabeth’s rousing speech at Tilbury and the famous Spanish Armada. The politics and romantic entanglements are just as complex as they are in Elizabeth, but are coming from a different point of view. While her enemies seek to eliminate her, Elizabeth is no longer having to claw her way through it all to the top. She starts from a place of near-ultimate strength.
Amadeus
1984
Director: Milos Forman
Starring: F. Murray Abraham, Tom Hulce, Elizabeth Berridge, Jeffrey Jones

The intertwining stories of musical rivals Wolfgang Amadeus Mozart and Antonio Salieri are told via flashbacks as an aging Salieri lingers in an insane asylum. Describing how he first met the young composer- a rock star of his time- Salieri describes how his admiration for the man slowly turned to a murderous envy, even as Salieri pretends to be Mozart’s closest friend and confidante. 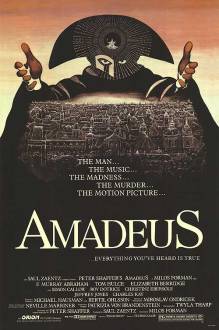 This film is particularly historically accurate, either. Mozart and Salieri were definitely friends, not rivals, and the ‘did Salieri kill Mozart’ question arises from the film and the play it was based upon, not history. That said, it is a gorgeous look at the Austrian court and culture of the late 1700s. Amadeus definitely earned the 8 Oscars it won.

This film features a star-studded cast and covers the life of Balian of Ibelin, a leader of the Third Crusade who held Jerusalem against the Islamic leader, Saladin, against all odds. Along the way, he discovers the truth of his past and finds that his true enemies are not the ones he thinks they are.

Despite its stellar cast and production, Kingdom of Heaven was not well received by critics. I don’t know why, because while it is not at all accurate historically, it is a beautifully told story with a message that is just relevant to 2018 as it was when it came out in 2005.
The 13th Warrior
1999
Director: John McTiernan
Starring: Antonio Banderas, Vladimir Kulich, Tony Curran, Diane Venora, Dennis Storhoi

Exiled from his home in the royal court of Baghdad, Ahmed Ibn Fadlan is sent to the far, far North where he is taken up as the thirteenth warrior in a band heading even farther north in order to defend a distant kingdom from a legendary and terrifying threat.

This film, based on Michael Crichton’s novel, Eaters of the Dead, is a retelling of the Anglo-Saxon poem Beowulf. As such, it has little to no historical accuracy. That said, it shows early Nordic cultures in a way that feels accurate, and contrasts to the much richer court of Baghdad, which is seen only briefly at the beginning. Though the film had a lot of problems in post-production and was reportedly whittled down to a much less vivid story than was originally made, I still enjoy it. It’s interesting to see how Crichton and McTiernan figured out how to turn a monster and her offspring into enemies that the Scandinavians could realistically have encountered.