I wasn’t specifically tagged by Danielle at Books, Vertigo and Tea, but I’m taking it up anyway. If you want to participate, then consider yourself tagged!

That depends on how good the series is, and what genre we’re talking about. The Vorkosigan Saga, for example, has sixteen books and they’re all wonderful. I also don’t mind if a good mystery series goes on and on. But there are a lot of scifi/fantasy series that feel like they’re drawn out for the sake of another publishing opportunity. Trilogies are generally the best, or two-part stories.

2. How do you feel about cliffhangers?

They’re dreadful. Don’t do it. It doesn’t feel like suspense, it just feels like the author or publisher is trying to drum up interest in the next book. 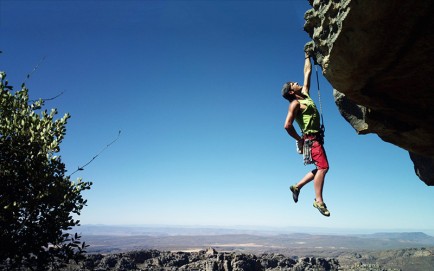 I prefer hardback, especially for books that I know I’m going to read more than once. If only they weren’t so expensive, I’d buy them instead of paperbacks. So when the budget allows for it, I go for hardbacks and the rest of the time I buy paperback.

The Lord of the Rings! Also, Pride and Prejudice and The Curse of Chalion by Lois McMaster Bujold and Something Wicked This Way Comes by Ray Bradbury and Neverwhere by Neil Gaiman, and….

My least favorite of the the books I’ve actually finished? Probably Catcher in the Rye. Was it supposed to be some declaration of individuality or something? It sounded like a privileged white boy whining about how the world doesn’t appreciate him enough. I even read it in high school, which is apparently when it’s supposed to mean the most to you. 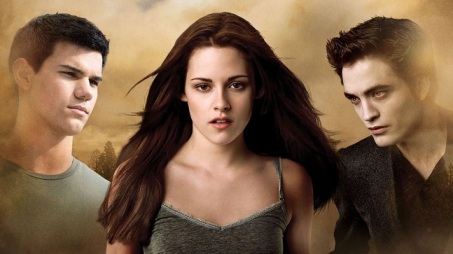 #1 on the list of literary things I wish I could un-see.

7. The most recent book you just couldn’t finish?

Beyond the Red Mountains by Greg Johnson. Holy buckets. It was terrible. I’ve read first-time fanfic stories that were superior to that.

Cryoburn by Lois McMaster Bujold. It’s the second to last book in the Vorkosigan Saga. Also, Arresting God in Kathmandu by Samrat Upadhyay

9. Last book you recommended to someone?

Any part of the Vorkosigan Saga by Lois McMaster Bujold, to anyone who’s read my blog in the past few weeks.

The Epic of Gilgamesh, which was written around 2000 BCE, thanks to my Classics 395: Epic Tales class in college. We read all sorts of epics from around the world. Gilgamesh was an Akkadian story, and is considered to be the world’s first great work of literature.

A Treacherous Curse by Deanna Raybourn, which was published on January 16th of this year. It’s the third book in the Veronica Speedwell series of Victorian Era mysteries, and it was completely charming. I couldn’t tell whodunnit before the reveal, either, so that’s fun!

Borrowing first, and then buying. I don’t have that much space for books, so I like to be sure that I will love the book before I buy  it. Usually. The clearance shelves at the bookstores are particularly tempting, and used bookshops are my weakness. But borrowing books from the library means that I’m not risking dying in a book avalanche.

14. A book you dislike that everyone else seems to love?

The Throne of Glass books by Sarah J. Maas. Headed up by a Mary Sue character, featuring an obnoxious love triangle, and a plot that is both plodding and predictable in all the worst ways. And mediocre writing. Bleah.

Bookmarks! Why would you dog-ear a page??!! You can use almost anything as a bookmark, but you can never un-crease a page, and eventually the page will rip and it will weaken the paper further, and…..   Use a bookmark!!

Why would you do this???

The Lord of the Rings by J.R.R. Tolkien, Pride and Prejudice by Jane Austen, Neverwhere by Neil Gaiman, The Curse of Chalion by Lois McMaster Bujold, the Barker and Lewellyn series by Will Thomas, and several more that I can’t think of at the moment, but would be able to point out if I were looking at my bookshelves.

17. Can you read while hearing music?

Yes, though it’s easier to read while listening to either music without lyrics or lyrics that are in a language I don’t understand. Otherwise, I get distracted by the music and fail to pay as close attention to the book as I would like.

Multiple POVs are fine, as long as they’re done well and don’t pop from one character to the next without warning or reason. I don’t generally like omniscient POVs because they flit from POV to POV, and too often is seems like a pointless change. I like having fewer POVs because it means I won’t have quite so much to keep track of in the story.

19. Do you read a book in one sitting or over multiple days?

I generally read a book over a few days, but there have been a few lately that I’ve devoured in a single day.

20. A book you’ve read because of the cover?

The only one I can think of right now is Neverwhere by Neil Gaiman, which had a cover that stood out from the other books on the store’s shelf, and so caught my eye. Good thing it did, because it’s been one of my favorites ever since.