On my last visit to a particular bookish website, I took one of those “What Kind of Reader Are You” quizzes that I expected to be one of those silly personality tests you took when you were a kid, like, “What Mythical Animal Were You in a Past Life?” or “What Kind of Dog Would You Be if You Were a Dog?”. Instead, after I answered the eight or so questions, I got a response that essentially accused me of being prejudiced against women and minority authors.

Maybe I should have known better. That website has been getting on my nerves lately with its approach to diversity in books. Namely, the fact that many of the writers there are pretty in your face about the numerous problems they see in every single book out there (I’m waiting to see what the perfect, problem-free book would be, in their eyes), and too often the refrain is “Don’t read books by dead white guys, because dead white guys are the worst” or “There aren’t really any diverse books from before, like, 2010”.

I have some problems with that. First of all, isn’t refusing to read an entire group of books based on the author’s gender and race…. discriminatory? You don’t solve the problem of discrimination by discriminating against someone else. That perpetuates the problem. Sure, the vaunted literary canon is full of dead white guys who have had their day in the sun and need to make room for women, people of color, the LGBTQIA community, etc., but if you get rid of all the dead white guys then you are, by default, excising authors like Oscar Wilde (a gay man) and such characters as Bathsheba Everdene (a strong woman character written by a white guy) from your life. It is possible to read books by women, people of color, the LGBTQIA community, etc., AND books by white guys. And you should. The more stories you encounter from outside your comfort zone, the better you will be as a person, and the more you will understand people who are different from you.

And secondly…Yes, there are diverse books that were published before the year 2000. It might take little more effort to find them, but they are there and they are definitely worth it.

So without further ado, here are five books by or about diverse people written before 1940: 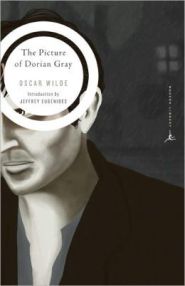 The Picture of Dorian Gray by Oscar Wilde – This book tells the story of a handsome, fashionable young man who sells his soul to obtain eternal youth and beauty. As the years progress and leave his appearance untouched, his morality disintegrates. While Dorian remains forever youthful, his immoral acts appear as physical flaws on a portrait he keeps hidden away in the attic. This book caused an uproar when it premiered, though Wilde declared there was a moral in the story, which reflected the lives of the English upper-class more closely than they cared to think about.

Bonus story: The Ballad of Reading Gaol, which Wilde wrote in exile after serving two years’ hard labor for the crime of being gay in Victorian England. In it, he reflects upon the punishment inflicted on him-whose crime was to love another man- and a fellow prisoner- whose crime was murder.

Orlando by Virginia Woolf – This is the story of Orlando, a young man whose beauty and refined manners made him a court favorite of the aging Queen Elizabeth I, who commanded him to never grow old. And so Orlando never grew old. One day, though, he wakes up to discover that he has transformed into a woman. Because Orlando never lost her penchant for self-reflection, she comes to see that there are fewer differences between men and women than society would have us believe.

Orlando was first published in 1928, and the character of Orlando is said to have been modeled after Virginia Woolf’s friend and lover, Vita Sackville-West.

Hughes’s signature poem, ‘The Negro Speaks of Rivers‘ was one of the first pieces he ever published. 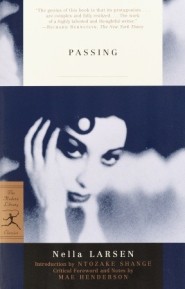 Passing by Nella Larsen – I’ve heard it said that a person either has never heard of Passing, or is obsessed with it. It is the story of two women, Irene and Clare, who were childhood friends who lost contact with each other and cross paths as adults. Irene has a comfortable life in Harlem with her husband and two sons, while Clare crossed the color line and is passing as a white woman. Now that she’s come across Irene, Clare finds that she misses her old life among her black friends and family, and inserts herself into Irene’s life.

Though Passing was praised when it was first published in 1929, Larsen found little success with her subsequent books, and was largely forgotten.

Their Eyes Were Watching God by Zora Neale Hurston – First published in 1937, this is the story of Janie, an independent woman who longs to be free to find freedom and love. This book challenged traditional gender roles, as Janie would not settle for being a proper (read: silent and obliging) wife. The first men in Janie’s life want her domesticated and silent and her grandmother wants her to marry for protection rather than love. Throughout the story, though, Janie seeks to find her own voice and a man who will see her not as a possession, but as a human being whose thoughts and existence are equal to his own.

Their Eyes Were Watching God and The Picture of Dorian Gray were recently selected as one of America’s Top 100 Books for PBS’s The Great American Read.

This is obviously only a very partial list of books by and about diverse figures. What are some of your favorites?