Down Among the Sticks and Bones (Wayward Children #2)
by Seanan McGuire, audiobook narrated by the author
Fantasy
First published in June 2017 by MacMillan Audio

From Goodreads: Twin sisters Jack and Jill were seventeen when they found their way home and were packed off to Eleanor West’s Home for Wayward Children.

This is the story of what happened first…

Jillian was her father’s perfect daughter—adventurous, thrill-seeking, and a bit of a tom-boy. He really would have preferred a son, but you work with what you’ve got.

They were five when they learned that grown-ups can’t be trusted.

They were twelve when they walked down the impossible staircase and discovered that the pretense of love can never be enough to prepare you a life filled with magic in a land filled with mad scientists and death and choices. 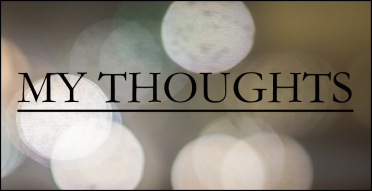 Seanan McGuire’s Wayward Children is a popular series of novellas featuring stories of teenagers sent to a boarding school by parents who don’t know what to do with their children who went missing and came back different. I liked the first one, Every Heart a Doorway, well enough but the abrupt ending left me wanting. I wasn’t sure if I was going to continue reading, but I’d heard good things about the second book, Down Among the Sticks and Bones, with its gothic setting and figured I would give it a try.

This is the story of Jack and Jill, characters we meet in the first book, and how they ended up at Eleanor West’s Home for Wayward Children. Born to parents who were very aware of their social situation and who wanted children to get the same social points and adulation their peers received, Jacqueline and Jillian were not allowed to choose anything about their lives. Jacqueline, the tomboy, served as the son her father did not get, and Jillian was the pretty princess who was never, ever allowed to get dirty. They lived restricted lives until one day, when they were twelve years old, they found a staircase in the bottom of a trunk in the attic.

The stairs took them to The Moors, a gothic fantasy land peopled by vampires, werewolves, eldritch gods in the sea, and mad scientists. Here, in this fearful land watched over by a blood red moon, the girls begin to make choices for themselves. And they discover that there are consequences for their choices.

On the whole, I enjoyed this book more than Every Heart a Doorway. I love a good gothic setting, and the characters who dwell in The Moors were far more interesting than the often irritating teenagers living at Eleanor West’s Home for Wayward Children. It helped that I wasn’t constantly being introduced to new characters and the fantasy worlds they had come from, as I was in the first book. This is a series of novellas, after all, and McGuire doesn’t have many pages to expound upon this or that. Because we’re focused on a smaller range of characters, we can get right to the story.

But McGuire takes her time in this book, too. Jacqueline and Jillian haven’t even been born in the first chapter- it’s all about their parents and how they go about deciding that they want children and what having children will mean for their social standing. Then the next few chapters are devoted to their childhoods, and it’s not until we’re nearly a third of the way through the story that they discover the trunk in the attic and make their long journey to The Moors and their destinies.

Of the characters from Every Heart a Doorway, Jack was my favorite so I was happy to see her story fleshed out. I was also interested to see what happened to Jill to make her the way she was, as well as finding out why the two girls had been ejected from The Moors together, since Every Heart a Doorway implied that they had not lived together. While my questions were answered in Down Among the Sticks and Bones, I wish there had been more about their lives with the Master and the Doctor and less dealing with their early childhood. Once again, the ending felt a bit rushed.

One of my main qualms with Down Among the Sticks and Bones is that it doesn’t seem to know who its audience is. McGuire has a Message in this book and you know it because she states it over and over again: Children are not dolls to mold to their parents’ liking. They are people with individual wants and wishes, and they must be allowed to make their own choices lest they fail to truly grow up. I understood this point from the first, with the descriptions of Jack and Jill’s upbringing and what that was doing to them, but McGuire essentially stops the story on several occasions to plainly state it.

If The Wayward Children stories were meant for middle grade readers, I would understand this repetition, but these books have some dark themes and events meant for older readers. As such, it feels like McGuire doesn’t trust her grown-up readers to get the point of the story without her whacking us over the head with it half a dozen times. If the book is meant for adults or young adults, then McGuire should trust the readers to be smart enough to get the message the first time or two. For an author to be so didactic about the Message is aggravating at best.

While I have found these stories entertaining so far, I’m not in love with them. The description of the third installment, Beneath the Sugar Sky, has not piqued my interest at all, so I will probably skip that one and see what the fourth book is about whenever it comes out.

Down Among the Sticks and Stones was fine, but I wasn’t captivated by it and there were several points that got on my nerves. I gave it three stars on Goodreads.

2 thoughts on “Book Review: Down Among the Sticks and Bones”