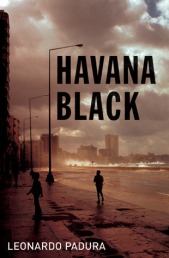 From Goodreads: The brutally mutilated body of Miguel Forcade is discovered washed up on a Havana beach. Head smashed in by a baseball bat, genitals cut off by a blunt knife. Forcade was once responsible for confiscating art works from the bourgeoisie fleeing the revolution. Had he really returned from exile just to visit his ailing father? Lieutenant Mario Conde immerses himself in Cuba’s dark history, expropriations of priceless paintings now vanished without trace, corruption and old families who appear to have lost much, but not everything.” Padura evokes the disillusionment of a generation who embraced the revolutionary cause and now struggles to survive in a decaying city threatened by hurricane Felix. Yet this novel is a eulogy to Cuba, to its music and sensuality, and to the great friendships of those who chose to stay and fight for survival. 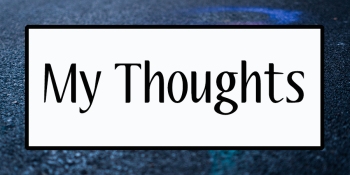 Havana Black opens with a cry of rage and despair. A hurricane is approaching Cuba, and Lieutenant Mario Conde urges it to hurry up and arrive. His life has crumbled around him- the boss he respects had been fired, he has no family, he is alone, and he spent his savings on three bottles of cheap rum and twelve cartons of cigarettes after resigning from his position in the police department. His intention is to smoke and drink himself into oblivion and he hopes the hurricane will finish him off. But his friends won’t let go of Conde so easily, and he soon finds himself at a gathering where they all reminisce about times past and the opportunities they never took and were never offered. “No one asked us if we wanted this,” is the refrain. As children during the revolution, they grew up with endless promises that were never fulfilled while dutifully doing what they were told.

When his new boss refuses to accept Conde’s resignation until he solves one last murder, Conde finds himself probing even deeper into the past and the legacy and decay of Havana. The city itself feels like a character, and the atmosphere of the place is so rich and thick you can feel the late summer heat and how the city is holding its breath before the hurricane closes in.

While we often think of Havana as a city frozen in time, the truth is that time moved on in Cuba just like it did in the rest of the world. The ornate and brightly colored architecture that once belonged to the wealthy bourgeoisie has decayed, and though it is often the subject of ‘urban decay’ photography exhibitions, Americans too often forget that there are people who live in those houses with their crumbling plaster, rusting rails, and deteriorating roofs. Though Havana might be the hip tourist destination of the moment and the rallying cry is, ‘see Havana before tourism ruins it!’, we never stop and ask, “Do the people of Havana want to live like this?”

Padura explores this question and the effect it has on the populace. Havana’s citizens live with decaying facades and food and clothing rations that are never enough. The government’s promises of a glorious future never come to fruition. Hurricanes threaten to wipe the city out entirely. And yet, in spite of all of that, Conde and his friends never entertain the notion of leaving. They are bound to Havana and its history, music, and people. For all that they lack, they manage to find happiness and contentment in simple pleasures– a bottle of fine rum sent by family in Europe, or the joy of having a houseful of friends gather for a celebration. Even Conde, who is so angry at the world, finds some drops of happiness.

Personal histories mesh with national history as Conde’s investigation progresses. The dead man, Miguel Forcade, was part of the department that stripped the exiled rich of whatever property they had left behind. The opportunity for corruption was high, as it was easy for a dishonest man to falsify information in order to make a fortune and no one is really sure if every confiscated item was really accounted for or not. Amidst these questions, Conde must discover Forcade’s motives for returning from exile. Was he simply visiting his dying father, or was there a darker motive?

I was immediately drawn into Leonardo Padura’s deeply atmospheric vision of Havana, and if there is one criticism I have of Havana Black, it is of its main character, Lieutenant Mario Conde. While I realize that he is from an older generation (the book is set in 1989, and Conde is 35 when it opens) that grew up in a dictatorship that did not allow for any wave of feminism, Conde’s misogyny is hard to deal with. The women in the book– unless they are other men’s wives– are viewed as worthy only if Conde would like to have sex with them. He hardly gives them a thought otherwise. When he interviews Miguel Forcade’s widow, he mistrusts the beautiful (of course) woman simply because she wears a lot of mascara and probably bleaches her hair blonde. Conde is a Man, and so apparently must make a big deal of his genitalia and how much he would like to sleep with the women he encounters.

But if you can push all that aside and skip the ‘I’m still a virile man!’ sections, Havana Black is a darkly philosophical work about a country Americans often only think about in terms of 1950s cars, crumbling architecture, and fine cigars. Padura offers us a deeper view of Havana, its history, and the people who refuse to leave it behind.