From Goodreads: Miryem is the daughter and granddaughter of moneylenders… but her father isn’t a very good one. Free to lend and reluctant to collect, he has loaned out most of his wife’s dowry and left the family on the edge of poverty–until Miryem steps in. Hardening her heart against her fellow villagers’ pleas, she sets out to collect what is owed–and finds herself more than up to the task. When her grandfather loans her a pouch of silver pennies, she brings it back full of gold.

But having the reputation of being able to change silver to gold can be more trouble than it’s worth–especially when her fate becomes tangled with the cold creatures that haunt the wood, and whose king has learned of her reputation and wants to exploit it for reasons Miryem cannot understand. 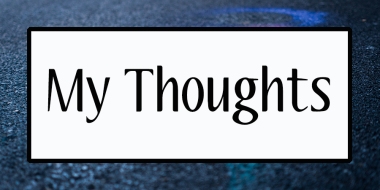 Fantasies set in Eastern European-based worlds (or Eastern Europe itself) are popular these days, and for good reason. Tales based on English and French histories feel like they have run their course. They seem old and a little tired, unable to keep up with the strange but somehow still familiar legends from countries like Poland, Russia, or Hungary. Naomi Novik is one of the best authors in this particular subset of fantasy. Her previous novel, Uprooted, was charming and intricately wrought and while Spinning Silver is not a sequel, it has a similar feeling to it. Both books center on women’s work and women’s relationships in worlds where a feminine perspective is undervalued and underestimated.

Spinning Silver revolves around three young women: Miryem, the daughter of a moneylender whose soft-heartedness impoverishes the family until Miryem takes up the trade and through skill and unyielding persistence seems to turn silver into gold; Wanda is the daughter of an abusive father seeking a way out of her circumstances and a way to protect her younger brothers; Irina is the daughter of a duke who seeks power and is happy to sell his daughter into an unhappy marriage to achieve it. As their lives intertwine, Miryem, Wanda, and Irina learn from each other and find their own strengths as they seek a way to defend their land from an encroaching evil.

I have seen much made of Miryem’s ‘unlikability’, and I can see where it comes from. She is outwardly cold and unyielding. She demands to be paid what she is owed and refuses to accept the weak excuses she is given by those who had grown accustomed to her father’s softness. These are traits we find acceptable in male characters, but not in female characters. We expect men to stand up to people who try to take advantage of them, but women, it seems, are supposed to put up with this behavior. To do otherwise makes a woman shrewish, selfish, or– horror of horrors– unlikable. But if Miryem is unlikable, her circumstances have made her so. She treads a thin line in this story. As a Jew, she is automatically branded as Other and draws suspicion from the townsfolk, and though they need the money she lends, they hate her for it. To keep her family from starving, Miryem must do this work knowing that if she makes the wrong move it could set the whole town against her and destroy everything she has worked for.

Myriad themes are woven into the structure of Spinning Silver. Debt and repayment and gifts, the nature of found families, women’s work, the love of country, and what it means to encounter the Other and see beyond their differences. The simple tasks of weaving, knitting, and bargaining at the market bind the characters together in unexpected ways and pay dividends as they fight to save their loved ones.

There are strains of romance that echo those in Uprooted, so if you didn’t like them there you probably won’t care for them in Spinning Silver. And if you prefer to have your magic thoroughly explained, you’ll likely be unsatisfied by the magic here. Because the magical systems of fantasy worlds are what I care about the least, this lack of explanation bothers me not at all. The relationships– all of them– are woven, strand by strand, into a complex tapestry that I found satisfying and with the sense that these stories, Miryem’s, Wanda’s, and Irina’s, are all tales that continue. If they don’t all have a happily ever after, then they at least have an after. They have rich, full lives made richer thanks to the trials they have endured and the sacrifices they have made.