Lately, I’ve been seeing book bloggers, Bookstagrammers, and BookTubers talk about how they want to read more poetry, but they’re not sure where or who to start with. Rupi Kaur and Amanda Lovelace are popular right now thanks to their short, Instagrammable poems. They are not universally loved, though, and I’ve heard a lot of critiques that their poetry is not much more than a sentence or two broken up into multiple lines. Fair enough. I haven’t really read anything by either of these women, so I can’t judge. But if you’re frustrated with a single sentence being broken up into several lines and want something deeper or more descriptive, take a look at the Poetry Foundation’s (cleverly?) titled app, POETRY. It’s free, and you don’t need to create an account. Just download it to your phone and take it for a spin. Literally. It has a function kind of like a slot machine where you hit the ‘spin’ button, and it rolls through various moods and ideas. For example, I just spun it three times and got “Disappointment and Love”, “Optimism and Aging”, and “Contentment and Nature”. For every combination, the app generates a list of poems related to the combined topics. Pretty cool, huh?

If you’re looking for some more personal recommendations, here are five of my favorite poets in no particular order:

Emily Dickinson, “Parting is all we know of heaven/ And all we need of hell”

I’ve heard it said that, once upon a time, two literary men were talking about poetry. When the first asked the second how he should approach the work of Emily Dickinson, the second replied, “Preferably, on your knees”. Though this reclusive poet’s work was barely published during her lifetime, the effect Dickinson’s work has had on American verse can hardly be understated. If you’ve taken an English class that even whispered about poetry, you’ve probably read one or two of Dickinson’s poems. They are generally short and often about seemingly inconsequential things, but if you let them they will ring in your mind forever.

Rainer Maria Rilke, “I love the dark hours of my being./ My mind deepens into them./ There I can find, as in old letters,/ the days of my life, already lived”

Described as one of the most lyrically intense of Germany’s poets, Rilke spent his life attempting to unify, through poetry, beauty and suffering, life and death. Though the collections of his work are not long, they are not poems you can skim through. They demand attention and work, but it is worth it. They are intense and moving, and utterly gorgeous.

Though Rilke is probably best known for the collection of letters in Letters to a Young Poet, my first encounter with his work was during high school, in a used bookstore where one of my friends chanced across The Duino Elegies and Sonnets to Orpheus. While he loved Rilke already, he kindly let me have it so I could fall for Rilke, too.

E.E. Cummings, “somewhere i have never traveled,gladly beyond/ any experience,your eyes have their silence:/ in your most frail gesture are things which enclose me,/ or which i cannot touch because they are too near” 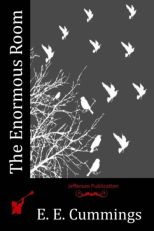 Beautiful as E.E. Cumming’s poems often are, they can hide a wealth of emotion and experience: passionate love, a wry sense of humor, rage at a horrific and senseless war. Cummings played with words and language in a way no American poet had done before, and by the 1960s he was considered to be one of the great American poets of the 20th century.

I first encountered his work during a poetry unit in a high school English class. ‘somewhere i have never traveled/gladly beyond’ has been one of my favorite poems ever since, and it’s where I got the original name for my blog.

William Shakespeare, “Not from the stars do I my judgment pluck,/ And yet methinks I have astronomy”

Does Shakespeare need an introduction? His words have influenced literature around the world and have been a staple in classrooms, theaters, film, and television since he wrote and performed in the original Globe Theater between 1590 and 1613. Though his plays garner most of the attention these days, Shakespeare was an accomplished poet, too, and the mysterious woman spoken of in his sonnets still captures the imagination of modern readers.

Where did I first encounter Shakespeare? I’m not sure. In Star Trek VI: The Undiscovered Country, perhaps, when the Klingon General Chang encouraged Captain Kirk to seek out Hamlet in the original Klingon. Or it might have been one of the many times that Captain Picard quoted Shakespeare during the seven-year run of Star Trek: The Next Generation. I go to see Shakespearean plays in the theater, both live and on the big screen, whenever I can as well as rereading his sonnets. And I took General Chang’s advice: I have seen Hamlet performed in Klingon.

Rachel McKibbens, “To my daughters, I need to say: / Go with the one who loves you biblically./ The one whose love lifts its head to you/ despite its broken neck. Whose body bursts/ sixteen arms electric to carry you, gentle/ the way old grief is gentle.”

To see Rachel McKibbens perform live is a bit mind-blowing. The moment she opens her mouth, she grabs your attention and holds it tight, no matter how dark the subject. And while she speaks profoundly about abuse, sexual violence, or racism, she is an engaging conversationalist, too. When the group of us were chatting after her performance, I remember how her eyes lit up when she found out that the Mexican bakery down the street from the venue made a particular dessert she loved.

McKibbens was on the national slam poetry scene for years and continues to teach creative writing and poetry, as well as working as an advocate for mental illness, gender equality, and survivors of violence and domestic abuse. Her poetry collections include Pink Elephant, Into the Dark & Emptying Field, Mammoth, and blud.