From Goodreads: A new series about a young woman whose connection to antiques takes her on a magical adventure, reminiscent of Outlander

New York Times bestselling author of The Witch’s Daughter Paula Brackston returns to her trademark blend of magic and romance to launch a new series guaranteed to enchant her audience even more.

Xanthe and her mother Flora leave London behind for a fresh start, taking over an antique shop in the historic town of Marlborough. Xanthe has always had an affinity with some of the antiques she finds. When she touches them, she can sense something of the past they come from and the stories they hold. So when she has an intense connection to a beautiful silver chatelaine she has to know more.

It’s while she’s examining the chatelaine that she’s transported back to the seventeenth century. And shortly after, she’s confronted by a ghost who reveals that this is where the antique has its origins. The ghost tasks Xanthe with putting right the injustice in its story to save an innocent girl’s life, or else it’ll cost her Flora’s.

While Xanthe fights to save her amid the turbulent days of 1605, she meets architect Samuel Appleby. He may be the person who can help her succeed. He may also be the reason she can’t bring herself to leave.

With its rich historical detail, strong mother-daughter relationship, and picturesque English village, The Little Shop of Found Things is poised to be a strong start to this new series. 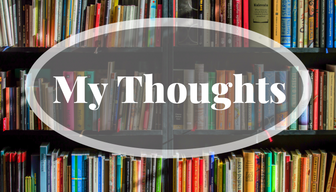 The mother/daughter relationship is often a fraught one in literature. There are mothers attempting to live out their dreams through their daughters, and daughters who have to take over the running of the family when the mother is unable to. There are fewer stories where a mother and daughter have a strong relationship that doesn’t revolve around something like the gaining of political power or the drive to get one or the other married off to some desirable suitor. The Little Shop of Found Things is one of these few stories where the mother and daughter can not only stand to be under the same roof together, but each one genuinely cares about the other.

When Xanthe Westlake and her mother Flora move to the picturesque town of Marlborough, they are both seeking a chance to start anew after the disastrous implosions of both their romantic relationships. Together, Xanthe and Flora purchased an old house filled with antiques in a bid to continue the little business they began in London. This time around, though, they seek to turn their shop into a solid business aided by Xanthe’s strange gift. When she touches certain items, Xanthe can sense their history; she can tell, for example, that a century earlier a sea captain bought a tea kettle for his beloved daughter. This ability is useful for an antique dealer. Customers love a good story, after all, and Xanthe’s tales have the benefit of being true. But during an auction at a historical manor house, she becomes obsessed with a chatelaine and nearly blows their budget to buy it.

The chatelaine proves to be an item of deep, personal significance to the ghost of Mrs. Merton, who has haunted Xanthe and Flora’s house for four hundred years. She has been waiting for the right person to come along and right a centuries’ old wrong. Xanthe, it seems, is that person, and goes back to the turn of the seventeenth century. To prevent an innocent woman from being hanged in the 1600s and stop Mrs. Merton from hurting her mother back in the modern age, Xanthe must learn to blend in with people of a different era and solve a mystery before time runs out.

The synopsis for this book compares it to Diana Gabaldon’s Outlander, and the similarities are definitely there– a modern woman is transported back to an earlier century and must learn to navigate through a world that is alien to her. If she fails to blend in, she could be murdered by people who suspect her of witchcraft. Along the way, our heroines find the possibility of love and wonder if their actions will change the course of history. That is where most of the similarities end, though. The  Little Shop of Found Things is much lighter than Outlander and the romance is not as all-consuming. I found this to be a mark in The Little Shop of Found Things’s favor as torrid romances are not something I care for. Brackston’s characters were what kept me turning the pages, not the possibility of a romantic encounter.

A book’s characters are its prime factors, in my opinion. Great characters can pull a bad plot along, but bad characters will ruin a great plot. Brackston has a cast full of interesting and realistic characters in both the sixteenth- and twenty-first-century settings. From the exhausted but cheerful kitchen maid of 1605 to the charming auto mechanic of 2018, all the characters feel well-rounded. There are no real villains– even the worst characters in this story have their reasons and motive. Their society’s rules push them into doing what they do. They motivated by the desire to survive and keep their families from falling into ruin.

While I quickly came to care about Xanthe, I did have one issue with her ability to sense certain items’ histories: her gift seemed to have been forgotten in the latter half of the book, and so it seemed more like a plot device to get the story rolling rather than an ingrained part of Xanthe’s character.

The writing, too, let me down a few times. Towards the beginning, when Xanthe and Flora were first moving into the house, Brackston wrote about the house’s contents in great detail. I know that their antique business was the center of their lives at that moment, but I could have done without the massive inventory and descriptions disrupting the flow of the story. There were also a few instances where Brackston dumped several paragraphs’ worth of historical information on the reader’s head, which also slowed the story. I think that could have been done more concisely to keep things moving while imparting the information. Luckily, though, it only happens a few times and so is more of a minor distraction than a major stumbling block. If you can push through those few pages of excess information, you will find a solid, engaging story about a young woman who must face ghosts both within and without in to save two lives– one in the far past and one in her own present.

Thank you to NetGalley for providing me with a free digital copy of this book to review. This has not influenced my opinion in any way.

One thought on “ARC Review: The Little Shop of Found Things”