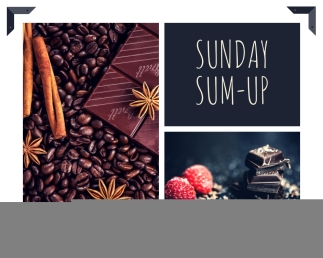 I’m tired. I’m really tired. I’ve worked six days in a row and have two more to go. Fortunately, the next two days are shorter than the others, or I might have screamed. I’ve been trying to get into the holiday spirit this past week, but I just can’t. I’m tired, I’m sick of dealing with people, and all I want to do is sleep for a week, but I only have Tuesday and Wednesday off and then it’s right back to work. At least my hours will go back to normal after all this.

That’s the end of my complaining.

I had two social gatherings this week that helped lift my spirits. The first was a book club events where we drank wine, ate cookies, and watched Die Hard; second gathering was the weekly dinner with my college friends. We had our annual Secret Santa gift exchange, and my friend M gave me two books: paperback copies of Lonesome Dove by Larry McMurtry (his favorite and one that’s been on my TBR since PBS’s Great American Read talked it up) and Paradise Lost by John Milton.

“But Kim,” you say, “you already have a copy of Paradise Lost, and it’s even the same Barnes and Noble edition!” And you’re right, Dear Reader. I do have that edition. I bought it from the used bookstore the day after the 2016 election when I was horribly depressed about the results, and I think of that every time I look at it. Plus, the used copy was someone’s school book, because they’d written their name in big letters along the top pages. So I’m getting rid of that copy and keeping the brand new one, so now I will think of my friend and how he gave me books that he liked and hoped I would like, too. It’s a much happier memory. I will photograph them sometime. Maybe over New Year’s.

What I Finished This Week:

This is an excellent look at the men who had the greatest influence over Henry VIII during his life, with a particular emphasis on Cardinal Wolsey and Thomas Cromwell. The six wives are part of the story, but they aren’t the main event in this one, which is good. There was so much going on in the Tudor court that you could write a book for every year of it and still miss things. But because we place so much emphasis on Henry VIII’s wives we often overlook the influence that the various courtiers and ministers had.

I thought I might have an idea of whodunnit in The Secret Place, but then another chapter came along and completely blew my theory out of the water. Tana French is endlessly inventive with her intrigue, and I can’t wait to find out who the killer is. I have a long drive to my parents’ house on Christmas Eve and then home again on Wednesday, so I will probably finish it up this week. I can’t wait!

The Kingdom of the Blazing Phoenix is still quite good. Jade still seems a little too good to be believable, but given her upbringing, I suppose I can see my way to it. She’s just made a major decision, and I think this is where she will start to take action for herself and not simply let things happen to her. 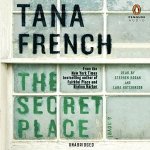 What I Plan to Read Next:

And that’s about all. I think I’ll start reading The Paragon Hotel while I’m at my parents’ house since I’ll have my Nook and my phone with me. The Kingdom of the Blazing Phoenix is in hardback and it’s a little bulky to travel with. I try to keep my travel gear as minimal and as light as possible, so my Nook tablet my go-to travel companion for reading away from home. If The Paragon Hotel is as good as the rest of Lyndsay Faye’s other books, I will be hooked and finish it quickly.

What’s Making Me Happy This Week: