Well. What a weird weather week. With lots of ‘W’s. Anyway. This past week, the American Midwest experienced a polar vortex in which windchills in certain parts of the country dropped below -50°F (-45°C). We were on the edge of that and so Wednesday’s high was a comparatively balmy 0°F (-18°C), while tomorrow’s high could reach 60°F (°C). Because who doesn’t love a sixty degree temperature shift?

Next week, the temperatures are supposed to drop to well below freezing again. *sighs* Never let it be said that Midwestern weather is boring.

But enough about the weather.

I saw Hamlet last weekend! I didn’t realize the production was going to be so popular, so by the time I got to the theater, it was already sold out. Fortunately, several people with season tickets didn’t show up, and the handful of us who arrived too late to buy regular tickets were able to see it thanks to the no-shows. I even had a front row seat! It was a good show overall, and the casting was somewhat gender-blind with the roles of Hamlet and Polonius being played by women. The actress playing Gertrude was the most convincing of all, and Polonius was suitably comedic but had a vapid grin on her face through most of her scenes. Hamlet was good, though she mostly shouted her way through the monologues. I realize it was live theater and the actors did not have microphones, but there was room for both subtlety and clarity. I did not care for Ophelia’s performance; in the scenes where she had gone mad, she seemed more like a well-coiffed, melodramatic teenager throwing fits and not a young woman whose mind has been broken by events beyond her control.  Overall, though, it was an enjoyable experience.

The third episode of Star Trek: Discovery’s second season aired on Thursday night. It was a departure from the previous two episodes, which felt more like traditional Star Trek episodes than most of the first season (except for the brilliant ‘Music to Make the Sanest Man Go Mad’). In, ‘Point of Light’, we catch up with the shifting events in the Klingon Empire and see how L’Rell is doing, catch sight of “Captain” Georgiou and the elusive Section 31, and see Amanda and Michael working together to find Spock. Unfortunately for both of them, their family dynamics have been dysfunctional at best over the past ten years or so, and they don’t improve. This was definitely an episode devoted to moving pieces around to set up rest of the season, but I still enjoyed it. They did a lot to fill in the continuity gaps between the first season of Discovery and the original series.

And now for books!

Notice a theme there?

I’ve been taking part in the #ReadingValdemar project hosted by Jackie @ Death by Tsundoku and Melanie @ Grab the Lapels and have rediscovered the joy of Mercedes Lackey’s Valdemar books. It has been years since I read any of them, and I’m amazed by how much of the stories I remember- even down to phrases and conversations the characters have! I’m planning to write a wrap-up of The Heralds of Valdemar, which was Lackey’s debut (and it shows, especially when compared to her later books), and will do the same for the Last Herald Mage trilogy, whenever I work up the courage to read the third book, Magic’s Price. If you’ve read Arrows of the Queen, then you’ll know the fate of Vanyel Ashkevron, the main character of the Last Herald Mage books. I’ve read it before. I know what’s coming…

I read The Saga of the Greenlanders and Erik the Red as part of the Sagalong hosted by several BookTubers. This particular saga tells the story of the generations of a family who sailed from Norway to Iceland to Greenland and eventually to the shores of what is now L’anse aux Meadows in Newfoundland, Canada. For centuries, people thought this was a crazy made up story, because how could the Norsemen ever have made the journey across the North Atlantic? Well, they did it by sailing from Greenland, not Norway, and the proof of their presence on mainland North America was discovered in 1960. It was an easier read than I thought it would be, and I think some characters who appeared in Linnea Hartsuyker’s book, The Half-Drowned King showed up in the saga of Erik the Red.

I reread Exile’s Honor, which was one of my favorite Valdemar books back in college, and maintains that position still. Alberich’s martial background makes for a grittier story than Talia’s. I found that the Heralds of Valdemar books wandered into saccharine-sweet territory a little too often for my taste, and Alberich’s POV was a good palate-cleanser. Lackey’s writing greatly improved in the fifteen years between Arrows of the Queen and Exile’s Honor, so there’s that, too.

The Last Herald Mage trilogy goes back in time to the reign of Elspeth the Peacemaker, and explains why there were mages in Vanyel Ashkevron’s time, but not in Talia and Alberich’s. It was Lackey’s second trilogy and shows how quickly she improved her overall skills in character development, pacing, and dialogue. It didn’t hurt that she didn’t have to spend half a book on world building. We jump right into the story of Vanyel, whose story begins when he is a withdrawn, abused teenager who senses that there is something that makes him utterly different from his siblings and cousins but has no idea what it is. Hint: it has nothing to do with magic, and everything to do with his sexuality, which was as much of a taboo subject for Vanyel’s world as it was for the late 1980s when Lackey was writing the books. 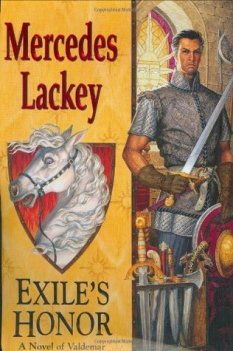 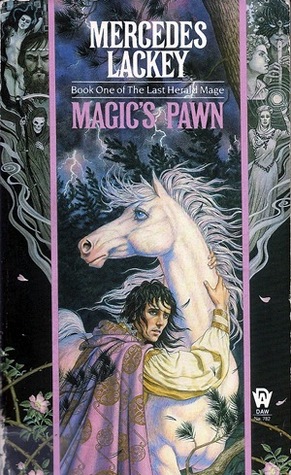 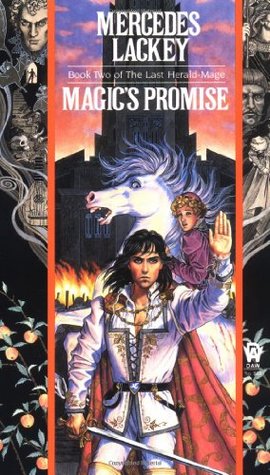 I’ve reached the point in The Queens of Innis Lear when the King Lear plot takes off, and now that I’ve matched Gratton’s characters with their Shakespearean roles, I think I’ll be able to keep track of everything more easily. I’m still loving the atmosphere of the story, as it reminds me of the lonely parts of Scotland I traveled through.

I’m on the penultimate disc of Captain Alatriste, and while it feels like the story’s primary action has just wrapped up, I could be mistaken. The book is not written like a modern action story but like one written in the Victorian era. The narrator is excellent and the Castilian Spanish names roll right off his tongue, which helps create an immersive listening experience.

Exile’s Valor is the follow-up to Exile’s Honor. I hesitate to call it a sequel, since Exile’s Honor works perfectly well as a standalone, and so does Exile’s Valor. The tone is completely different from the previous book, as Alberich has settled into his life as a Herald of Valdemar. I’m not very far into it, though, and while I remember certain things about it, there is a lot I’ve forgotten. Still, it won’t take me long to read, as Lackey’s books are such quick reads. 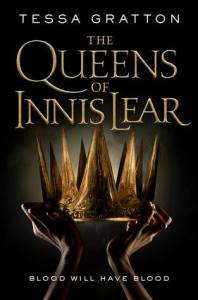 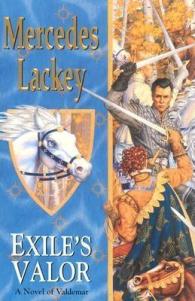 What I Plan to Read Next:

We’ve almost reached the end of The Two Towers in my Lord of the Rings Reread. Frodo and Sam have bid farewell to Faramir and followed Gollum up the treacherous stairs of Cirith Ungol. The hobbits don’t have a bad feeling about the upcoming passage yet, but they will soon. The most recent post, “We’re in the Same Story” went up yesterday if you want to catch up.

Blogging-wise, it was a fairly quiet week, but one where I ditched WordPress’s Gutenberg editor for the Classic editor, and I won’t look back until they pull the Classic editor kicking and screaming away. I spent weeks fighting with Gutenberg. I got used to it, but I didn’t like it. There were so many obnoxious bugs and quirks it too often made for an infuriating writing process. Blogging should be fun. It shouldn’t make you want to throw your laptop across the room.

And that’s all for now! I’m going to friends’ house to attend their annual Super Bowl party. I don’t really know who is playing, nor do I care who wins. I’m just there to see friends, eat tasty food, and watch the commercials.