The flood waters have begun receding, and things are largely back to normal for the people in my community. We were under mandatory water restrictions from Sunday night until Wednesday night. Businesses were to cut down on their water usage by 25%, and residences were to cut down their usage by 50%. Because I live alone and have only my cat to feed, I don’t use much water to begin with but I still cut back on my daily usage– shorter showers, making meals that didn’t require water for cooking, postponing baking projects because I would have to wash those dishes, drinking bottled water instead of water from the tap… I hate buying bottled water, as I hate how much plastic goes into it (which is then not recycled) when our local drinking water is perfectly drinkable. But when the city’s water supply is down to a third of its normal flow, you have to make cutbacks. Fortunately, the local grocery store chain had plenty of bottled water for the community and charged just $1.88 for a 24-pack. It feels weird, being subject to water restrictions when we are dealing with an overabundance of the stuff.

Other parts of Nebraska are not nearly as lucky as we have been, and flooding is still widespread. Homes and farms are still inundated, a nearby airforce base is underwater, and many bridges and roads are washed out. And because it is spring, and spring means rain, we are getting even more of it, just when we absolutely do not need it.

I am done with Martha Wells’s Murderbot Diaries for now, and that is sad. I have no new Murderbot books to look forward to for a while. Network Effect is not due out until 2020, though you can be sure I will keep an eye out for it on NetGalley. Until then, I will have to settle for rereading the first four novellas. They are short and easy to read, and Murderbot is such a fun character to read– easily the most human robot I’ve ever read about. If you like science fiction and haven’t read The Murderbot Diaries, you are missing out.

Johannes Cabal the Necromancer was a lot of fun to read. It’s filled with dry, black humor and plenty of literary references, but I’m not sure I’m invested enough in the overarching story to continue the series.

Waistcoats and Weaponry and Manners and Mutiny are the last two books in Gail Carriger’s YA fantasy series, Finishing School. They follow the continuing adventures of Sophronia Temminnick during her years at Mademoiselle Geraldine’s Finishing School for Young Ladies of Quality. In addition to completing her lessons to her teachers’ high standards, Sophronia must navigate schoolgirl friendships and rivalries, the pitfalls of first potential love, and the possibilities of exploding pastries. The whole series is droll, witty, and filled with plenty of action, and in spite of the vampires and werewolves the characters feel entirely real and like people you would like to know, though spending time with them could be hazardous to your wardrobe.

I finally made it through Mansfield Park! It only took me three tries, because the first half, where Fanny Price is constantly fretting over the play her cousins have decided to put on feels a little endless. Looking at it from a twenty-first-century perspective, it’s hard to see why Fanny and Edmund were so worked up about the play. It took very little to push people into impropriety in the early 1800s, I guess. Contemporary literature was apparently one of those things. Who knew? But the second half, where people are doing something besides rattling on about a play, is fascinating. Mansfield Park is definitely not my favorite of Jane Austen’s books, but I’m glad I’ve finally gotten through it, and that I enjoyed the second half so much.

Changeless is the second book of the Parasol Protectorate series by Gail Carriger. It is set in the same universe as the Finishing School books, but about twenty years later. It’s an adult fantasy series featuring Alexia Tarabotti, a preternatural woman who was born without a soul, and so can negate the supernatural powers of vampires and werewolves. In this book, Alexia heads north to Scotland to investigate some strange goings-on with the werewolf pack that has recently returned from war abroad. Along the way, though, someone tries to kill her on more than one occasion and what’s worse– she has to put up with her best friend Miss Hisselpenny’s terrible taste in hats. Thanks to something of a cliffhanger ending, I have already downloaded the next book, Blameless, via Overdrive.

I’m not terribly far into any of these, but I’m enjoying them so far. The Priory of the Orange Tree had a bit of a shaky start. The writing from one of the main POV character’s perspective, Tané, was flowery and labored like Shannon was trying so hard to make it very pretty and made it look labored and ungainly instead. Ead’s perspective in Inys flows much more easily, but with four POV characters showing up in the first fifty pages on different parts of the world, it feels a little jumpy. Still, I’m only on page 107 of 848 so there is a long way to go.

I needed a new audiobook to listen to in the car, and so chose Hilary Mantel’s Wolf Hall, which tells the story of Henry VIII, Anne Boleyn, and how England broke away from the Catholic church in the 1530s It’s from Thomas Cromwell’s point of view, so that is different from most historical takes on this period, which usually has a laser focus on Anne Boleyn. Mantel has won all the awards for this book and its follow-up, Bring Up the Bodies. The third book in the trilogy is due out… sometime. I’m not even thirty minutes into the audiobook, so I can’t tell much about it yet.

I know I’ve heard of Alice Paul, but I don’t know very much about her. I usually hear about Susan B. Anthony or Elizabeth Cady Stanton instead, but Paul’s story is fascinating so far, though I’ve only made it to the point where she returns to America after getting involved with the suffragist movement in England. Cassidy’s prose is fluid and engaging, telling Paul’s story clearly and without sentimentality. 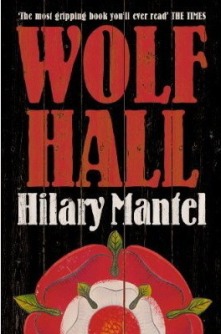 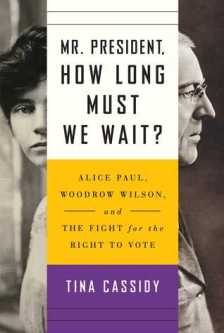 What I Intend to Start Reading This Week:

I will shelve A Grain of Wheat for now, as I need to read one more work in translation for March for my 2019 reading plan, and Ngũgĩ wa Thiong’o writes in English. Iza’s Ballad was originally written in Hungarian, so it counts as my second work in translation and is a book that’s been on my shelves just as long as A Grain of Wheat. If I can get to both, I will get to both this week, but as of now, I’m going to prioritize Iza’s Ballad.

Blameless is the third book in Gail Carriger’s Parasol Protectorate series, which has been a fun series so far. I’m interested in seeing how Alexia deals with the situation she finds herself in after the events of Changeless, as things are quite unsettled. There is also a character from the Finishing School books who showed up in Changeless, and I have liked this character in both series. Carriger’s books are quick reads, so I should get through the next one in short order. 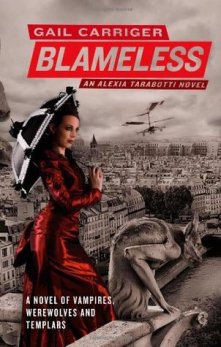 I didn’t really watch any television except for the latest episode of Star Trek: Discovery, 210 ‘The Red Angel’. It was jam-packed with emotional notes, beginning with a funeral for the character who died in last week’s episode, and didn’t let up until the end credits started running. My favorite moments were as follows:

I have a feeling that I won’t be watching much television again this week. There are just too many books I want to read, and too many things to go out and do. Now that the relatively minimal local flooding has receded, the parks are open again so I have been itching to go out to the park near work when I get done at night. The sunsets are always fantastic over the lake, so I want to go out before the heat and mosquitoes settle on us later on in the year.