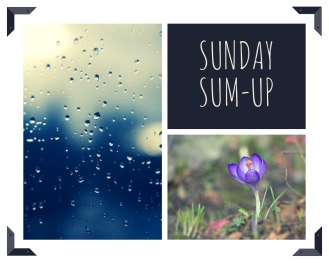 I live near a college campus. Except for the increased traffic during the school year, it’s rather nice. It means there are plenty of green spaces that are safe and well-maintained. I often walk over there to photograph the flowers or watch the squirrels. After over a year of putting up with construction noise, I am thrilled that they finally finished construction on a new building. Though it doesn’t really fit in with the older buildings on campus, the new one is beautiful, and they’ve added shaded picnic tables and walking paths. I’ve heard there is also a coffee shop in the new building. Because I am a happy coffee addict I decided to take advantage of the lovely weather on my day off and give the new shop a try. So I wandered over to the new building, went inside, and… did not find the coffee shop. I found a lot of classrooms and study areas, but no sign of coffee. I felt a little silly wandering around the building, but at least I look young enough to be mistaken for a student at a glance. I will have to take another shot at finding the mysterious coffee shop this week or next and hope that they will have summer hours, as the spring semester ends soon and the college doesn’t seem to offer summer courses. My other neighborhood coffee shop- which has been around for years but always seems on the brink of disaster- is up to their usual shenanigans of changing their hours of operation to a series of arbitrary times.

In other news, last week was positively gorgeous, as though it’s been making up for the previous five months of crap weather. 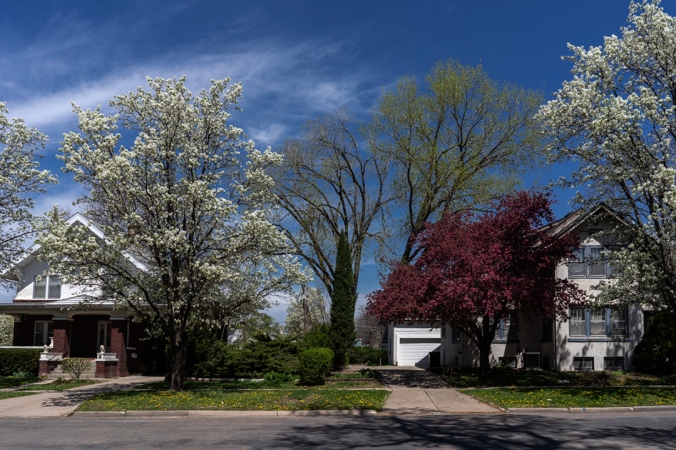 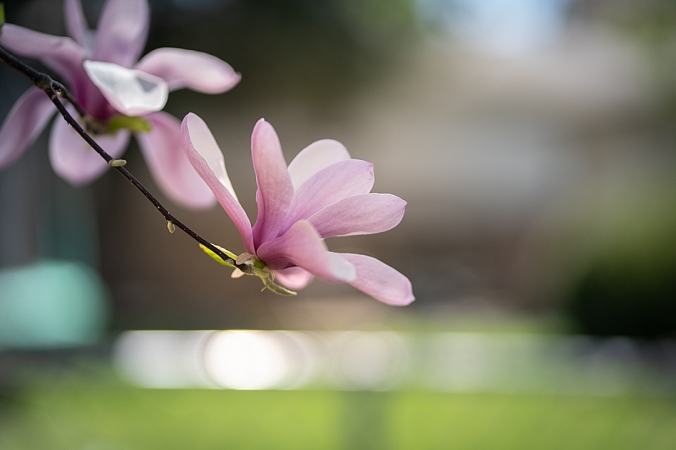 I’m finally getting around my 2019 goal of reading more of Ursula K. LeGuin’s books. I don’t know why it’s taken so long. Her books are neither long nor difficult, but I kept putting them off. Planet of Exile is about two different groups of people- one that is native to the planet, and another that is from another planet and has has been stranded there. Though their cultures are very different they have had an uneasy truce for years, but both are threatened by a third group of people who have raised an army and are attacking everyone in their way. It’s an odd book that feels a little disjointed, but still has lovely writing and sharp insight into humanity’s tendency to try to alienate the ‘Other’, even when it’s in their own best interest to stand united.

The Last Wish is a series of short stories set within a larger framing narrative. It’s meant to serve as a sort of introduction to the character of Geralt of Rivia. Geralt is a Witcher, one of a group of people who have been physically and magically altered to fight the monsters that threaten the lands. But in this strange world, not every creature that looks threatening is a monster. It’s down to Geralt to find the truth at the heart of the situations he encounters. There is a popular video game series based on these books, but I haven’t played them at all. I am interested in the Netflix series scheduled to premiere later this year, which is part of why I’m reading them now.

Sixpence House is a memoir about the time that Collins, his wife, and their young son moved to the little town of Hay on Wye in Wales. There are about 1,500 people in Hay and 40 bookshops. While they are there, Collins accidentally gets a job at one of the older bookshops in town and is named- by virtue of his being an American writer- the head of the American fiction department. He also details their many attempts at navigating the British real estate market, the joys and perils of working with aging and forgotten books, and his own journey to completing his first book. I often found myself laughing out loud, and had to contain myself on more than one occasion, lest my co-workers think I’d lost my mind. 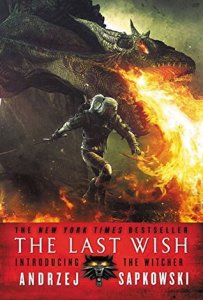 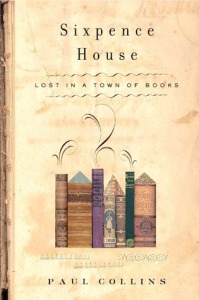 I’ve only just begun Blameless. I had started another audiobook in the car, but I couldn’t get into that one so I stopped by the library yesterday and picked up Blameless. I’ve been wanting to continue the Parasol Protectorate series, so this seemed like a good way to go about it. It’s not a terribly long audiobook, so it shouldn’t take too long to get through it.

Sword of Destiny is another audiobook. I downloaded this one via Overdrive, so I’ve been listening to it on my phone. It’s a short story collection that I’ve heard you should read before getting into the main body of Sapkowski’s Witcher series. I’m in the midst of the second story, and it’s a little… meh. It’s quite philosophical, but the dialogue is a little overwrought and unrealistic. But the first story was good, so I’ll just put up with the current one. Peter Kenny is an excellent narrator, but I may continue the series by reading physical copies. There’s a long wait for the first full novel, The Blood of Elves via audiobook but the physical copy is readily available at the library branch I usually go to.

Letters from Yellowstone is a brilliant little story about naturalists studying plants and animals in Yellowstone National Park in 1898. A.E. Bartram, a brilliant young woman, joins a team of scientists for a summer expedition in a park already threatened by unchecked greed and tourism. It’s an epistolary novel, so the narrative follows multiple writers as they tell the story of the fractious group and the problems they face. 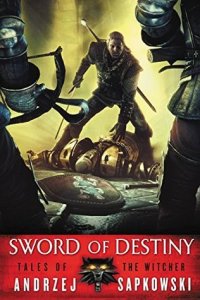 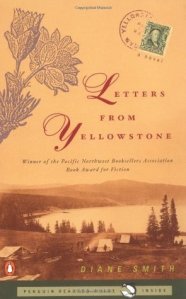 I reorganized my bookshelves over the weekend. My unread books had been shelved alongside the books I’ve read, and that made it too easy to overlook the unread books. Sure, I know which ones I’ve read or not, but as I want to get to some long-neglected titles, I decided to give the unread ones some space of their own. While some of them, namely the Penguin and Barnes & Noble Classics, went back onto the Classics shelf, most of them are now (mostly) arranged alphabetically by author across three shelves. I will be doing my best to get through as many as I can throughout the summer.

The only television show I watched this week was the latest episode of Game of Thrones. The first two episodes feel like a little like they’re stalling for time, though I do appreciate the many character moments- especially when it feels like they’ve been building up to some of these conversations for the past few seasons.

Avengers: Endgame came out this week. I am not interested in it. I listened to NPR’s Pop Culture Happy Hour wrap up of it and the previous 21 Marvel films. That is enough for me. All of these films started wearing me out a long time ago.

The second season of Killing Eve is airing now. I loved the first season and am looking forward to watching this one, but I think I will wait until later on in the year when most- if not all- of it is out so I can binge-watch it and not be left in suspense from week to week.

And that’s all for now! My Sundays are usually laid-back and unscheduled, but I have to get my car’s oil changed and then I have an event to photograph this evening. But there will still be plenty of time for reading and relaxing!