On a less dreadful note, I did have a lovely beginning to the week. Last Sunday I went to the Farmers’ Market and bought a jar of homemade blackberry jam, a box of cardamom-flavored cookies, and a bouquet of flowers that included several purple lisianthuses. They’ve stayed beautiful all week long, and a few actually bloomed in the vase mid-week. And they smell wonderful! 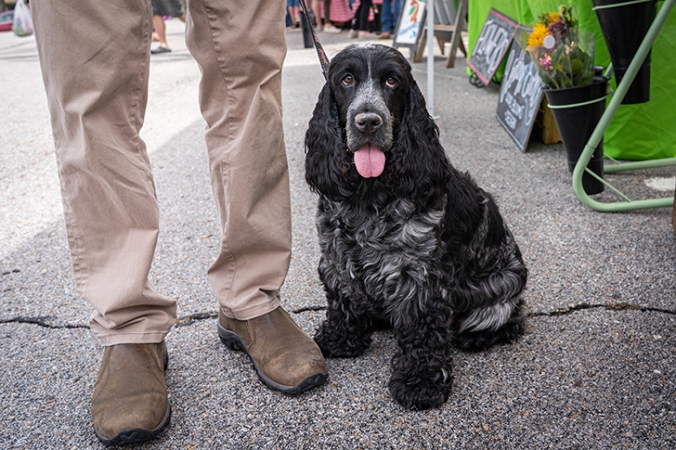 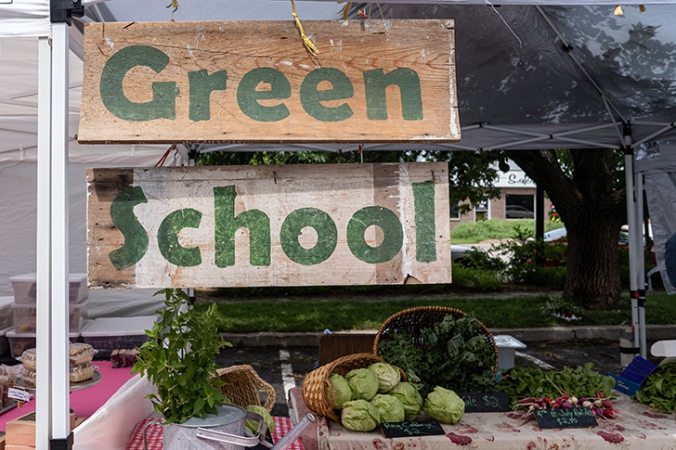 On Wednesday morning, after being awakened by a thunderstorm that produced thunder loud enough to set off car alarms, I slouched around my apartment for a while and then finally sat down and booked hotels and a rental car for my trip to Iceland in September. I’ll be spending two nights in Reykjavik, two nights in Vík, and two nights in Höfn before making the six-hour drive back to Reykjavik on my last full day there. There are several waterfalls I plan to visit, as well as Skaftafell, Reynisfjara (again), and Jökulsárlón.

Lucifer, Book One is the first collection of the comic series that was a spin-off from Neil Gaiman’s Sandman series. It features Lucifer, the ex-king of Hell who was tired of tormenting the damned souls in Hell, and so took off for Los Angeles, where he runs a nightclub along with his demonic assistant Mazikeen. Of course, things can’t be so simple for a fallen angel, and he gets wrapped up in the underworld politics from a variety of religions. It was fine, but Mike Carey’s writing doesn’t do much for me. I will probably not continue this series.

Wuthering Heights. I finished it. It was fine. I still don’t see why it is such an enduring story. Was it because of Cathy the Younger’s plight in the hands of Heathcliff the Elder? I feel like I have to denote which generation is which, as Emily Brontë gave everyone the same name. I’m glad I read it, but it didn’t do much for me, either.

The Sandman, Vol 4: Season of Mists. In this volume of Neil Gaiman’s Sandman series, Lucifer has turned the ownership of Hell over to Dream of the Endless. Because Hell is prime psychic real estate for the many deities across multiple religions, they all flock to Dream’s new doorstep to make the case for why they deserve to be the new Lord of Hell. This is one of my favorite volumes of The Sandman.

Istanbul: Memories and the City is part memoir, part portrait of a city at the gateway between East and West, and past and present. Pamuk’s writing is vivid and lyrical, even in translation. It’s easy to see why he won the Nobel Prize for Literature.

The Sandman, Vol. 5: A Game of You. I’m conflicted about this particular volume of The Sandman. One one hand, the story– where a dreamworld merges with reality with catastrophic consequences– is fascinating, but I don’t really care about the primary character of Barbie. It has some of my favorite art in the whole series and some of my least favorite art in the series.

Why We Sleep is a fascinating look into sleep and dreams, and provides information about the importance of sleep and what happens when you don’t get enough of it. As it turns out, every single part of your mind and body are affected by a lack of sleep. Without adequate sleep, your mental state deteriorates– you can’t learn properly, make new memories correctly, regulate emotions, etc.– as does your physical state. Without proper sleep, we don’t fight infections very well, clear toxins out of our brain and bodies, or heal properly, which can lead to a wide array of diseases and chronic medical conditions. Thanks to this book, I have cut back on my caffeine intake and gone to bed at a regular time for the past week and a half or so. Until the current heat wave hit, making it nearly impossible to get a good night’s sleep, I was feeling fantastic. Get a solid eight hours of sleep each night! You’ll thank yourself! Don’t believe me? Read this book!

Marvel 1602 posits a world where superheroes like Black Widow, Daredevil, Doctor Strange, and Doctor Xavier live in late Elizabethan England. Mutants– here called ‘Witchbreeds’– are hunted by the Inquisition, and while they are tolerated by Elizabeth I (as long as they do her bidding), her presumed heir, King James of Scotland, hates them as much as the Inquisition does. When a young woman named Virginia Dare arrives from the English colony in the New World, events happen that could send all of Europe into chaos.

Bring up the Bodies is as fantastic as I had expected so far. I don’t like Simon Vance as the narrator quite as much as I liked Simon Slater, who narrated Wolf Hall. I am enjoying Vance’s narration, I just preferred Slater’s. Voice work aside, the story is brilliant and so is the writing, and I can’t wait for the third book in the trilogy, The Mirror and the Light, to come out sometime next year.

What I Plan to Start Reading This Week, Assuming I Don’t Melt During the Heatwave:

Lonesome Dove and Dune are part of monthlong readalongs that BookTubers like Steve Donoghue are doing during the month of July, so they will be ongoing reads. I need to read Gods of Jade and Shadow soon so I can get my review up before its publication date later this month. I finally got Storm of Locusts from the library, so I need to get it finished up before it’s due back and I end up on the waiting list again.

What I Watched Last Week:

Nothing, really. Just a couple of episodes of The Great British Baking Show on Netflix for some background noise. This was a week where I caught up on some podcast episodes I had neglected, namely the most recent ones from The Prancing Pony Podcast and The British History Podcast.

I don’t imagine much will change this week while I wait for the heatwave to die down on Friday and Saturday. I will be spending much of the week seeking out places with quality air conditioning and otherwise just enduring.