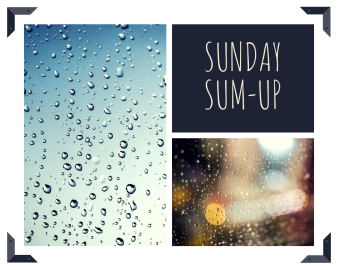 People on the East Coast of the US like to make odd claims about the American Midwest, and one of their favorites seems to be that here in the Heartland, we don’t lock our doors. In August, this is true only because the heat and humidity cause the doors to swell and so make them nearly impossible to open. We don’t need to lock our doors in August because they’re unlikely to open in any case. And even if the doors weren’t stuck shut, thieves wouldn’t be out in the weather– on Tuesday, the heat index reached 110°F.

That night the heatwave broke and brought with it a series of thunderstorms around midnight. I was laying in bed with the cats on either side of me when a massive flash of lightning lit up the neighborhood and the subsequent crash of thunder rattled the walls. With that, the cats both apparently teleported to their hiding spots and did not appear again until morning.

While the heat has gone, the humidity remains. My only complaint now is that I can’t show off the snazzy new haircut I got courtesy of my new hairstylist. M actually listened to me about the style I wanted and used that information to give me a flattering cut that allows me to actually wear my hair down without it constantly being in my eyes or mouth or getting wrapped around my neck (seriously, the most unbelievable thing about superhero movies is that the women can successfully fight while wearing their long hair down). So I will have to wait until the drier Autumn months before I can make the most of my snazzy new haircut.

In other news, there will be no new kitten photos this week. She simply would not hold still long enough for me to take a photo. My camera can keep up with athletes and small children, but it is apparently not quick enough to keep track of a kitten whose speed setting is set to ‘ultrafast’.

Yup. That’s it. Last week was more about starting books than finishing them, but Star Trek books are quick to finish. My plan to read this with the help of the “read in store” feature of the Barnes and Noble Nook didn’t go as planned, as I got an error on the second day and it wouldn’t let me open the book. Fortunately, I received a physical copy via interlibrary loan and finished the second half. It’s an interesting story, but in the end, the villain, Doctor Ethan Locken, was a little too much of a mustache-twirling melodrama character to be really interesting, and Weddle left out a giant chunk of information that would have added to the tension of the latter half of the story. Instead, it all feels like a deus ex machina solution, and everything ends rather conveniently. It sets Doctor Bashir up for later events in this series of books, but overall I found Abyss to be a humdrum read.

A Hero Born is the first of Chinese author Jin Yong’s twelve-volume epic fantasy series, Legends of the Condor Heroes. I’d heard it was a megahit in China, so I did a bit of digging to find out how many copies of the books have been sold since they first started coming out in the 1950s, and it boggled my mind. The Legends of the Condor Heroes series has sold 300,000,000 copies, outselling The Lord of the Rings, The Wheel of Time, and the Kingkiller Chronicles combined. I can see why, too. A Hero Born is a wuxia novel and revolves around the birth and training of Guo Jing, the son of a patriot who died fighting agents of the corrupt government. Guo Jing grows up in the camp of Temujin, the man who would eventually be called Genghis Khan. Though he is not the smartest boy, Guo Jing is pure of heart and has a mental fortitude that aids him more than his physical strength does. A Hero Born does not have a Western story sensibility, which made it a little difficult to get into at first, but once I fell into the story’s rhythm I got caught up in it. I intended to finish it last night but that didn’t happen. I am hoping to finish it today.

The Thirteenth Tale is beautifully written, and the two narrators do a brilliant job of portraying the different characters. The story’s twists and turns are unexpected at first, but make perfect sense within the context of the story. Hauntings are a theme, but it’s not made clear if the hauntings are real or if they are figments of the characters’ imaginations. I am looking forward to listening to the rest of the story.

So far, Jade City is a fantastic urban fantasy set in an alternate world where the semi-precious stone jade gives people superhuman abilities, but only people who are wealthy enough, strong enough, or who are members of the right families have access to it. The families who run the city are, basically, Yakuza families who see personal and family honor as everything. I’m only a few chapters in, but so far I love it. Fonda Lee is clearly an author to watch, and the 2018 World Fantasy Award she won for Jade City was well-earned.

Babel-17 is about a poet who is hired by the military to decode an alien language so they can defend against the unknown race that is sabotaging their stations and supply lines and threatening to invade. But the poet, Rydra Wong, becomes obsessed with the language and finds that it may be changing her in ways she could not predict. This story, which won the Nebula Award in 1967, features an Asian woman as its main character, depicts stable polyamorous relationships, and has an array of incredibly diverse characters, proving that if Delany could do it in the 1960s, then there is really no excuse for modern Science Fiction writers to not write diverse characters into their own books. 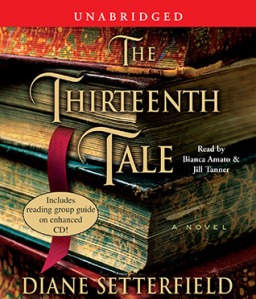 What Else Did I Do Last Week?

Some boring stuff, mostly. Nailing down the final flight, hotel, and rental car details for my upcoming Iceland trip. It’s two and a half weeks from now! Thanks to a cancellation I was able to change my seat on the flight from Dallas to Reykjavik from a middle seat to a window seat. Yes, it’s above the wing, but it’s an overnight flight where I will have no view anyway and will be trying to sleep as much as possible.

I also tried out a couple of restaurants that just opened. One was a new location for a local pizza chain while the other was a second location for a local sushi place. I’d never been to that particular pizza chain before, and it was really good. My friend and I decided that the cheesy breadsticks were better than the pizza, but we agreed that the pizza was still quite good, and it will be a great place to stop after work to grab a beer and an appetizer once the bar is complete.

The sushi place’s main location is downtown. There, you can get poke bowls and bubble tea. I was told that the new location on the eastern side of town would have the same menu. When I stopped there last night, though, I discovered that there were no poke bowls- just spring rolls and sushi. I’m fine with sushi (though it’s not my favorite), but I had been looking forward to getting a poke bowl with spiced tofu. Next time, I will know what to expect.

My final achievement this week was to locate the (many) missing cat toys. I was wondering where they had ended up, as I didn’t see any under the bookshelves, the bed, the couch, or in the closet. I finally looked under the cedar chest, which I hadn’t thought was high enough off the ground for cat toys, and lo and behold, there were all the missing toys. Mina is thrilled. 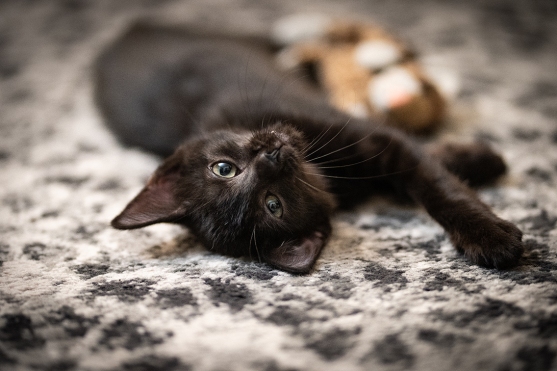 The picture is all the way from last week, but she’s still just as cute.