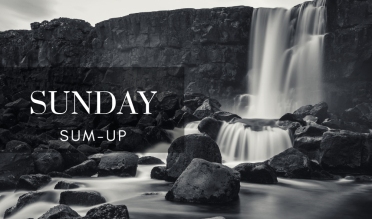 It is definitely October. On Monday, the last day of September, the high was 93°F. Friday night it was 52°F when I attended a local Shakespeare company’s outdoor production of Macbeth, and my radiators were on when I got home. The National Weather Service is predicting freezing weather by next weekend.

I mean, I was asking for Fall to get here quickly. I didn’t think it would listen.

In non-weather news, I placed an order through BookOutlet last Sunday. Four days ago, they created a shipping label. This morning the tracking stated that the package was finally on its way to USPS. Given that it is coming from somewhere in the eastern US, and given that packages coming from the eastern US always take a long time to get here, I often wonder if the companies send packages to Saint Louis via mule train to await spring, when they believe the covered wagons will begin their westward journey along the Oregon Trail. Once they reach Saint Louis, the good people of the United States Postal Service must laugh at the silly easterners and direct the mail to its proper place at the best possible speed, because they know that the Upper Midwest does, in fact, exist in the 21st century just like everywhere else in the world.

That must be it. What else explains the perpetual slowness whenever I order anything from the eastern side of the US?

We just played the game. We’re not actually living it.

The Goblin Emperor is a lovely story about the fourth, half-goblin son of an emperor who was never supposed to inherit his father’s throne. After an explosion kills the emperor and his three eldest sons, however, Maya ends up as emperor. The neglected and abused boy must learn how to stand up for himself, make just decisions affecting the lives of thousands, and deal with his own naivete, all while navigating the byzantine court politics he is clueless about. Addison’s writing is lovely, and while there isn’t a huge amount of plot going on, Maya’s journey is wonderfully depicted and realistically drawn all the way through. This is a book I will read again.

Ancillary Justice took a while to draw me in, and even now I’m not sure if I want to continue the trilogy or not. Leckie deals with a lot of issues in this book, including colonialism, identity, artificial intelligence, and- most strikingly- gender. Breq’s world is a post-gender society, and her language does not define people by their gender. Everyone is simply referred to as “she”, which shifts the reader’s image and expectations of the characters, as modern readers often assume a world of dual genders. But Leckie’s futuristic empire does not define people or their abilities by their gender, and even when Breq encounters other cultures that do specify gender, it’s often difficult to tell what gender any of the characters are. It’s an intriguing way to look at the world, and resets expectations by making the default pronoun ‘she’ instead of ‘he’ or even ‘they’.

The Song of Achilles, Madeline Miller’s debut novel, tells the story of the Trojan War from the point of view of Patroclus, Achilles’ lover whose decision to fight in Achilles’s place changed the course of the entire war. Miller’s writing is elegant, and I applaud her decision to firmly establish Patroclus and Achilles as lovers, as many modern interpretations of The Iliad have tried to make Patroclus into Achilles’ best friend or even cousin to explain their love for one another. I’m not a classical scholar, but I’ve read The Iliad twice, and it always seemed clear to me that Patroclus and Achilles were lovers, not friends or relatives. This was a beautiful and captivating story that had me hooked from the beginning.

In book two of The Dark is Rising sequence, we are introduced to Will Stanton on Midwinter’s Eve, which is also the night before his eleventh birthday. Weird things happen all through the night, and a neighbor gives Will a strange iron symbol and tells him to always keep it with him, even when he’s sleeping. I’m not very far into The Dark is Rising, and there are a lot of things I have forgotten about this book, so I’m looking forward to getting farther into it.

I have finally made significant progress in Jade City! Something major has just changed for the No-Peak Clan, and they’re finding themselves even more under siege than they believed they were. Shae is in an uncomfortable position at the moment, but I think she will step up and do great things for her family, even though it wasn’t what she envisioned for her life.

I’m nearing the end of Bellman and Black and I can’t wait to find out what happens at the end. Will Mr. Black make another of his strange appearances? What will become of the two women who are not as far away from William Bellman’s heart as he would like to believe? And what will happen to William himself? I’m hoping to finish this up in the next couple of days.

What I Watched This Week:

This Gothic romance was billed as a jump-scare horror film, which did it a disservice because critics and the general audience were expecting something entirely different. Crimson Peak does not deliver thrills and chills. It is a Gothic tale of romance and looming violence with all the eerie atmosphere, gorgeous visuals, and compelling characters that Oscar Award-winning director Guillermo del Toro can dream up. I’ll have a review for it later this week.

The local Shakespeare company puts on three shows each year. The Spring show varies between comedy and tragedy, the Summer show is always a comedy, and the Fall show is a tragedy. This year we were treated to Macbeth in a cemetery on a gloomy night. It’s hard to beat a stage like that. Overall, I enjoyed the play, which I attended with two friends. The actress playing Lady Macbeth was spot on throughout, though Macbeth took a couple of scenes to really warm up to the role. Macduff did well, though he grew a bit Shatner-esque toward the end. But overall, they did a great job in spite of the cold wind, spitting rain, and the thunder that started rolling in late in the final act.

I’m still planning to watch season five of the History Channel series, Vikings. I checked volume one out from the library, I just haven’t bothered to put it in the DVD player and hit play yet. I will need to do that soon, as it will be due back before I know it.