Thanks to bad weather and other family things going on at the opposite ends of the state, I did not go to my parents’ house for Thanksgiving. Nor did I attend Thanksgiving dinner with my sister’s family, who went to another part of the state entirely. I had that rarest of things: two days off from work where I did not have to spend hours driving somewhere. What did I do instead? I spent most of the first day running errands and cleaning my apartment. I did All the Laundry! Even fabric items that were not laundry became laundry.

I spent Thanksgiving day with friends. They were happy to host me (as they have done several times since college). We had great food, their kids had a blast playing with everyone, and all I had to do was bring bread rolls. I’m down with that.

She has decided that the liner on the bottom of my desk chair is the best thing in the world. She likes to claw at it. She has so many actual cat toys, and yet she thinks playing with household objects is the most fun ever.

Greenwitch and The Grey King are the third and fourth books in Susan Cooper’s The Dark is Rising sequence, which is a middle-grade/YA series based upon Arthurian lore and set in England and Wales in the late 1960s. Like the best children’s books, they have layers and meaning that will appeal to older children and adults, too, and does not talk down to the youngest readers. Cooper’s writing is clean and elegant, and her imagery is such that it feels like I am reading a different book every time I pick these up. I started reading these books when I was around six-years-old, and I still find them compelling thirty years later.

The Crystal Cave is another Arthurian retelling, though this one is set in post-Roman Britain and follows the early life of Merlin. It is beautifully written, and Stewart was definitely aware of sixth-century culture and and ideals. Her portrayal of Merlin and his magic and prophetic abilities are beautifully rendered.

Throne of Jade is the second of Naomi Novik’s Temeraire novels, which are historical fantasy novels where history as we know it is the same, but there are dragons. In the first book, Will Laurence was a captain of the HMS Reliant. After the Reliant captured a French ship carrying a dragon’s egg close to hatching, Laurence bonds with the baby dragon and must leave his Navy career behind in favor of one in the Aerial Corps. Though he knew the dragon, Temeraire, was special, Laurence did not know just how special. Book two finds Laurence and Temeraire traveling to China, where Temeraire came from. The Chinese government is upset that the English put Temeraire into military service and want him returned to them. Neither Laurence nor Temeraire want to leave England, but they must, or else face severe consequences from the Chinese. The majority of this book is a traveling novel. The sea voyage takes about eight months, and along the way, Laurence and Temeraire encounter different people, customs, and cultures that challenge their notions of what is Right and Proper for themselves and for dragonkind in England. This was an enjoyable audiobook to listen to, but not as exciting as the previous book, His Majesty’s Dragon. Still, I will continue on with the series, since I am curious to see how the lessons Laurence has learned will transfer back to England.

I almost want to check out a copy of Once Upon a River from the library just so I can find out what happens that much faster. Events and characters are starting to come together, and while I think I have an idea of what will happen to the little girl, I am probably far off the mark.

I knew I was in good hands with K. Arsenault Rivera from the first page of The Tiger’s Daughter. Her writing is gorgeous– lyrical without being overwritten– and even her use of second-person perspective (this comes from a series of letters written to one of the protagonists) is excellently done. I haven’t read nearly as much of this as I want to, but I haven’t really had a full hour to just sit down and read this week. Perhaps I will take some time tonight to really sink into it. This will probably be one of my favorites of 2019. We shall see.

I’m not very far into Every Tool’s A Hammer by Adam Savage yet, but I can already tell that I’m going to have a great time with this book. Savage’s main themes are these: that anyone who creates something, whether it’s a theatrical prop, an engine, or a poem is a Maker, and that developing the skills to make something takes time and practice. You’re not going to be perfect on the first try, and that’s okay. It’s normal. Savage stresses that it has taken him many, many tries and many years to complete some of his projects, but he always feels that the time and effort were worth it.

The Silk Roads showed up on my Libby app about two weeks before I expected it to, so as soon as I finished Throne of Jade, I started listening. It’s fascinating so far, if a bit dry at times. Frankopan loved maps and history when he was young, but he was puzzled by the fact that all the history he learned was Western history, as though the world east of Greece had no history at all. Frankopan provides an overview of history from Turkey to Japan, beginning with the Persian Empire. I am in the middle of a chapter describing the flowering of art, learning, and culture that happened after the founding of Baghdad in the 700s. It’s a fascinating look at cultures that most Western survey courses ignore and shows that history is not a matter of Rome’s fall, the Dark Ages, and then *poof* the Renaissance in western Europe! 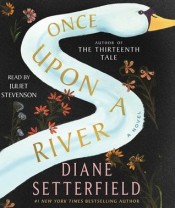 Yes, I currently have a tome to finish (The Tiger’s Daughter), but I will start reading The Fellowship of the Ring anyway. I bought The Lord of the Rings: A Reader’s Companion by Wayne G. Hammond and Christina Scull earlier in the year, so I will have these open side by side because the reader’s companion provides extensive commentary about the text of The Lord of the Rings. Obviously, I will not be dragging two big books to work, so I will read them in the evening before bed.

Silver on the Tree is one of the longest Dark is Rising books, but it’s still relatively short compared to a lot of other books. I’m hoping to get through it over a couple of evenings.

BookTube. That’s it. I was listening to audiobooks while I was home and cleaning, and the rest of the week I was so busy I didn’t even turn on the television. What do I want to watch?

Think I’ll get to any of them this month?