It was the last full week before Christmas and a lot of the stress of the season has fallen away, although I still feel like I don’t have enough time to get things done. This weekend, though, I have no obligations, so I can get All The Things done! Last night, for example, instead of going to yet another Christmas party, I stayed home and did things like re-frame the photograph I am giving my parents. I’d matted it earlier in the month, but I decided that the mat was too tight on the subject, so I pulled it out of the frame, re-cut the mat, and got it back into the frame. It looks much better now. I’ve also finished wrapping the gifts I got everyone (except for one, because I need to grab one last bit for it today), so now I am ready for my family Christmas on Wednesday! We’re getting together at my sister’s house, which is a forty-five-minute drive from where I live. It’s the first time we have done Christmas at their house instead of at my parents’. There are reasons for this, and I’m just happy I won’t have to make the three-hour drive to my hometown this year. 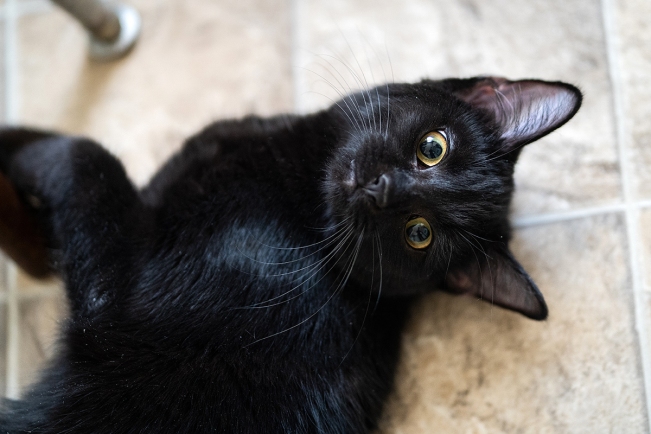 I have to make sure the latches on the kitchen cabinets are secure these days, as Mina loves to jump onto the counters and try to get into the cabinets to investigate the dishes. Obviously, I don’t want her walking around in the plates and bowls. I hope she doesn’t learn how to unlatch the cabinet doors.

The Tiger’s Daughter is absolutely brilliant. Rivera’s writing is exquisite, and while a second-person perspective is usually an odd and sometimes off-putting choice, the framing story makes it feel natural. The story is told in the form of a book-length letter written from Shefali, a Qorin warrior woman, to her beloved O-Shizuka, the Hakkoran empress. In this letter, Shefali writes of their mutual childhoods, how she fell in love with Shizuka, and the circumstances that forced them apart. I don’t know why this series does not get more recognition from the SFF community, because it is incredible. I plan to read the next book, The Phoenix Empress, early in 2020.

The Rise and Fall of the Dinosaurs is just what it sounds like: a history of dinosaurs from their origins hundreds of millions of years ago to their near-extinction around 65 million years ago from an asteroid strike, and the survivors’ evolution into the birds we know today. Brusatte also briefly describes the history of paleontology and provides character sketches of some of the leading paleontologists working around the world right now. Brusatte is enthusiastic about every aspect of his subject, and it clearly shows. This is a book for anyone who grew up fascinated by dinosaurs and would like to experience that sense of wonder again.

Rules of Civility is a gem of a novel. Set in New York City in 1938, it details a year in the life of Katey Kontent, a twenty-something woman who finds herself mixed up with parts of the East Coast’s high society. On New Year’s Eve, she and her friend Eve meet a handsome young man named Tinker Grey. The three of them hit it off, and it seems like the two friends will compete for Tinker’s favor until a dramatic event changes the momentum of all their lives. While Katey waits for Tinker to come back into her life, she talks her way into– and out of– an array of situations and comes to find herself as the year progresses. Towles’s writing is eloquent, and even when he steps out of the narrative to, say, provide the background of a particular Jazz classic, it doesn’t feel like the narrative is being interrupted. Towles also creates dimensional characters who seem real, like he’s writing biographies of actual people instead of making up characters for a book. I reached the epilogue while driving home last night, and instead of going into the parking lot, I kept going and just drove around until I was finished. This is a book I will be recommending to just about everyone.

I’m at the end of ‘The Council of Elrond’. Frodo has not yet taken up the quest, but he’s about to. The Prancing Pony Podcast reached this point in its most recent episode covering the text of The Fellowship of the Ring, and it’s interesting to see the Council with Sean and Alan’s perspective and research. I couldn’t help but laugh when the description of Legolas as a ‘strange’ Elf came up, and I have a better idea of Tolkien’s notion of Fate vs. Free Will. When Frodo takes up the quest, he feels as though a voice is speaking through him– this being Fate. But he can still choose not to go on the quest, and no one will blame him for it. But because Frodo knows their chances of achieving it are so small, and because everyone agrees that he is the best choice to bear the Ring, he decides to follow the will of Fate and take the Ring to Mordor. And once again, I’m noticing the melancholy aspects of the chapters set in Rivendell. The time of the Elves is nearly over. They’ve been in Middle-earth for thousands of years, but their power is fading away. They love the land they’ve lived in for so long, but they recognize that it’s not their place anymore. It makes me wonder how much of this comes from Tolkien having spent part of his childhood at the idyllic Sarehole Mill (the inspiration for the Shire), moving to industrial Birmingham, and then living through World War I and the rapid technological progress that made up so much of the twentieth century. Much of Tolkien’s worldview was Victorian in nature, so I wonder if he felt like his generation was fading away like the Elves.

I don’t have any extra time off this week, as Christmas falls on my usual day off, and then it’s back to work as usual the next day, but as the rush of the holiday season starts to taper off, I’m hoping I won’t feel so tired when I get home and will have more energy to do more reading before bed. That said, I plan to read J.R.R. Tolkien’s Letters From Father Christmas today. It’s a collection of the letters Tolkien wrote to his children every Christmas, detailing the adventures that Father Christmas and the Great North Polar Bear have while they prepare all the toys for the children of the world. Tolkien illustrated the letters and conspired with the mailman to deliver them to the children in order to keep the magic of Christmas alive for them. They’re adorable, and the illustrations are so detailed and fun to study. 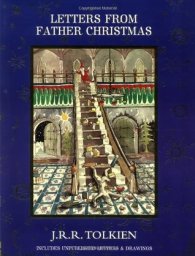 The Witcher premiered on Netflix on Friday, December 20. I only intended to watch the first episode when I got home on Friday night, but I was so tired that I ended up flopping on the couch and watching the first few. I was unsure of the show after episode one, but I got the hang of the show in the next couple of episodes. Though a lot of commentators have been making Game of Thrones comparisons for a while, the only real thing the two shows have in common is that both are fantasy. The Witcher dives far more deeply into the fantasy genre than Game of Thrones did, which is only to be expected given that George R.R. Martin went out to create a more realistic fantasy world than Tolkien, whereas Witcher creator Andrzej Sapkowski pulled from eastern European folklore and fairytales for his stories. The result is that The Witcher is grounded in its unreality and embraces a bit of campiness and humor. There were moments where I laughed out loud– especially when Jaskier (Batey) came into the scene. It’s hard to bead a bard for wit and humor. The fact that a woman, Lauren Schmidt, is involved in the creation of the series means that we won’t be dealing with so many storylines revolving around women being abused, as we did in Game of Thrones (Benioff and Weiss being rather tone-deaf when it came to women’s stories in their work).

The Witcher has already been renewed for a second season, so I hope the show’s team continues to walk that fine line between drama, campiness, and humor while building on the story from the books and the video games based upon them. I also hope they get some better wigs. Henry Cavill’s wig is just atrocious…