I was given yet another free camera at work. Sometimes, people will just drop things off because they don’t know what to do with the camera gear they inherit. This time, it was an Olympus 35 SP rangefinder with a 42mm f/1.7 lens. These were made from the late 1960s to the early 1970s. It seems to be in good working order, except the light meter no longer functions. That’s okay, though, since I have a light meter app on my phone. I put a roll of Ilford HP5 black and white film in it, and I’m going to go for a walk this afternoon and finish up the roll so I can get it developed and make sure the shutter is working correctly.

She’s been sleeping next to me on the bed again. For a while, she would go to bed on the couch or somewhere else, but this week she started curling up by my head and spending most of the night there. If my hand is in the right spot, she’ll put her head on it. The cuteness is unreal.

Circe was a beautiful retelling of certain Greek myths from a female perspective. It’s about Circe’s growth from a naive young nymph to a powerful and self-aware witch. She finds happiness, loneliness, and love in her exile on the island of Aiaia, and finally must make a decision: should she remain with the immortal gods she came from, or should she cast her lot with the mortals she has come to love.

Woven in Moonlight is Ibañez’s YA fantasy debut, and showcases the Bolivian folklore that is part of her family’s history. In this story, Ximena is a decoy for the Condesa, Catalina, of the Ilustrians, who were conquered by the Llascan people years earlier. When the conquering King Atoc summons the Condesa to the capital to marry him, Ximena goes in Catalina’s place. Her goal is to spy on the Llascans and help them recover a weapon that could help the Ilustrians retake their home. Using her magical ability to weave moonlight into traditional tapestries, Ximena passes information along to her people. But the longer she remains in the castillo, the more she realizes that no one is truly who they seem to be and that the political situation is far more complicated than she realized. 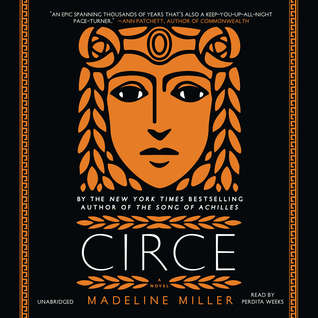 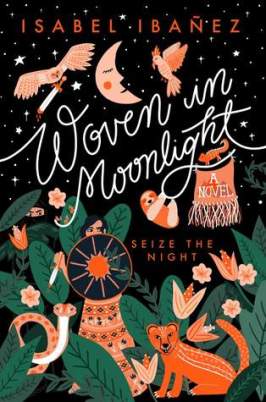 I’m a little farther into A Ruin of Kings, and I’m still undecided as to whether or not I like it. On one hand, the story is fascinating, but on the other hand, the split timeline and the strange names make it difficult for me to remember what’s going on in which timeline, especially since the timelines are happening relatively close together– within about six months or so.

I finished up ‘Egil’s Saga’ in The Sagas of Icelanders, but I haven’t made any more progress.

I started listening to Hilary Mantel’s debut novel, A Place of Greater Safety, which is mostly set during the French Revolution. It revolves around three main characters: Maximillian Robespierre, Camille Desmoulins, and Georges-Jacque Danton– all of whom were major figures within the Revolution. As with her masterpiece, Wolf Hall, Mantel makes the era and the characters within it come to life with her brilliant writing and a deft sense of humanity. 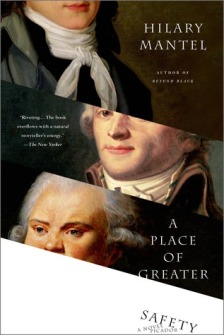 So far, Agnes Jurati has gotten away with what she did at the end of the previous episode, and it remains to be seen what her ultimate motivations were, and if the truth of her crime will come out.

Otherwise, the rest of the crew is preparing to go to The Artifact, the Romulan-controlled Borg cube where ex-drones are being restored to their previous lives as well as they can. it’s not an easy process, and they never fully heal from the trauma of having their individuality ripped away, but at least there is a sanctuary for them, headed up by a former drone we first met in Star Trek: The Next Generation: Hugh (Jonathan Del Arco), who was rescued by the Enterprise‘s crew decades earlier. Hugh is one of the few characters who was happy to see Picard when he showed up on their doorstep, and with good reason, as Picard helped give Hugh his individuality back.

Picard and the crew of La Sirena are there to find Soji, who has come dangerously close to figuring out the truth about herself and her synthetic heritage. Her boyfriend (and Tal Shiar spy) helps her dig into her memories and figure out that truth before he locks her in a room with a device meant to kill her. Her android subroutines activate and she saves herself, popping up right in front of Hugh and Picard.

Pursued by the Romulans, Hugh leads them to the Queen’s cell deep inside the cube where an assimilated Sikarian travel device will enable Picard and Soji to escape. Elnor, meanwhile, has ignored his orders to stay on La Sirena and shows up just in time to save them from the Tal Shiar. Picard and Soji disappear in a flash of light, leaving Hugh, Elnor, and the rest of the crew to fight their way free.

On the whole, another fantastic episode of what is quickly rising to the top of my favorite Star Trek shows. The actors are superb, and their characters are all so flawed and broken in their own ways but are quickly learning to come together to form a team. Now that Soji is off the Borg cube, I’m hoping that her story will get more interesting. And while certain critics think Harry Treadaway’s performance might end up being cringe-worthy if he comes face to face with the other characters, I disagree. In Penny Dreadful, Treadaway holds his own in scenes with actors such as Eva Green, Simon Russell Beale, and Timothy Dalton. It’s the writing of the character that’s failing Treadaway in his scenes, not Treadaway failing the script.

There are just four episodes left in the season, and I’m looking forward to seeing how it wraps up!

I’ve been making good progress with Part 2 of my fanfic. There are just a couple of more big scenes to write before I get the gang all back together. After that, it’s a matter of politics and killing off a couple of characters– a bad guy and a good guy. Both of these character deaths have been planned for a long time, so no last-minute changes going on there. There are some sad scenes ahead. They’ll be tough to write, but I’ll be glad when they’re done because that means I’ll be at the end of the story. I think I’m going to have to add a Part 3, just because Google Docs get unwieldy (for me) when you reach 70-75 pages.

But! The end is in sight! I think I’m around 110 pages, and after I go for a walk today, I plan to sit down and do my best to focus on this for a solid couple of hours.