Well. This was a weird week. Let’s not do all that over again, okay? If I can get a good night’s sleep in the next day or so, can we just reset over the long weekend and try that one again? 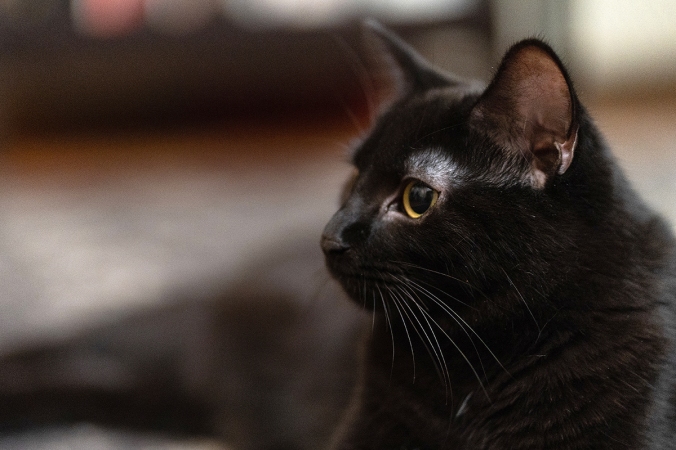 I have two cats as roommates. I know how toys disappear and reappear as if by magic, and two of the little foil crinkle balls Mina loves best showed up again. She has been ecstatically chasing them all over the apartment, and when she batted one under the closet door, she begged and begged until I came and opened the door so she could retrieve the crinkle ball. The past two nights, I have gone to sleep to the sounds of her chasing the crinkle balls in the darkness.

In other news, the neighborhood roses are beginning to bloom. The irises are continuing to blossom, though I’m afraid they won’t be around much longer. Also, a cat. 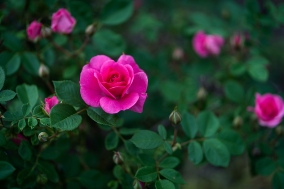 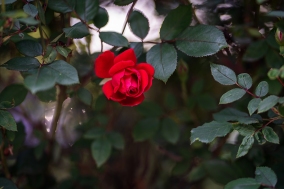 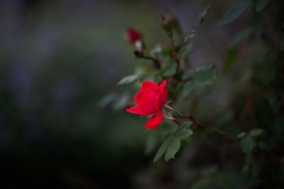 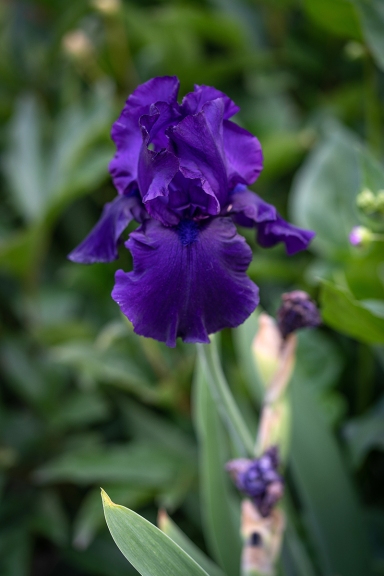 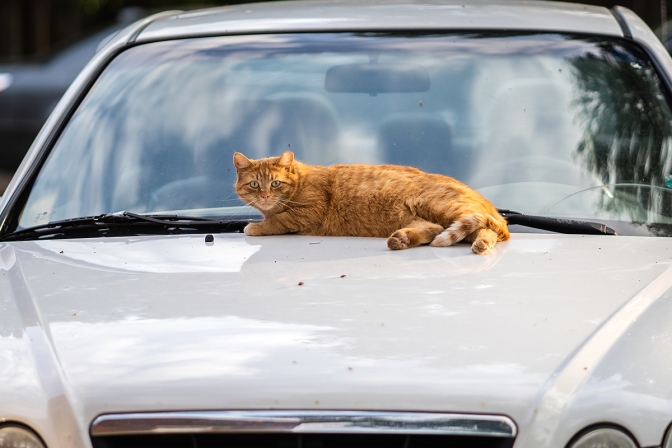 This keeps showing up on my WordPress homepage:

Did anyone else try the new editor when it first showed up? The “blocks” thing? Did everyone hate it as much as I did?

I was scrolling through my Libby app for a quick audiobook last Sunday evening when I came across a collection of four Sherlock Holmes pastiche stories. When I saw they were narrated by Benedict Cumberbatch, you can bet I downloaded it immediately. This version of Holmes is not the frenetic, high-functioning sociopath of the BBC TV series, Sherlock. This version of Holmes is the more restrained Victorian Holmes I’m accustomed to from the TV series starring Jeremy Brett, but you can hear that frenetic undertone in Cumberbatch’s narration. The stories themselves were nothing spectacular, but Cumberbatch read Sherlock Holmes stories of any kind were worth it.

Network Effect is easily the best science fiction I’ve read so far this year, and it will probably be the best science fiction I end up reading all year. It had everything I had hoped to find in the first full-length Murderbot novel, and then some. It is full of Murderbot’s droll narration of the events along with layers upon layers of character development. Toward the end, Wells dropped hints of much greater development that could have a major impact on Murderbot’s entire galaxy, though I don’t think it was thinking along those lines. I already want to reread this book, though I think I’ll wait a little while and get a few other books out of the way first.

The Silmarillion was, as usual, amazing. After ‘Of Beren and Luthien’, we move on to the Nirnaeth Arnoediad, the aptly named Battle of Unnumbered Tears where things begin to go horribly wrong for the Elves of the First Age. The great Elven kingdoms fall, we get the tragic tale of Túrin Turambar (which was one of the stories Tolkien began working on the earliest and basically is his retelling of ‘The Story of Kullervo’, a tale from the Finnish Kalevala), and the breathtaking- but also heartbreaking– story of Eärendil the Mariner. This story is the one that began all of Middle-earth, thanks to a fragment of Anglo-Saxon poetry Tolkien came across while he was a student.  Then comes the Second Age, and while Morgoth is gone, his servant Sauron is still around, and we all know that doesn’t bode well for anything– especially for the men of Númenor, who have so many wonderful gifts (wealth, beauty, long life, an amazing homeland, etc.), but they keep wanting more, the brats. Because they keep wanting more and more, they end up causing the breaking of the world. Good job, guys.

The Amazon Lord of the Rings show is apparently going to be based upon the Second Age. They’ve cast an actor for (slightly) younger Galadriel among others, but it’s been very hush-hush overall. The Tolkien scholar Tom Shippey was part of the development of the series, but he’s no longer associated with the project, so that doesn’t bode well. I’m actually not really looking forward to the series, because I’m not sure they will get the Second Age right, or if they will turn it all into banal fantasy. Sure, they have a massive budget, but so the did the eighth season of Game of Thrones. It would help if they bothered to release some information other than the names of a few of the actors, but Amazon hasn’t bothered to do that. So we’ll see. But over at the Prancing Pony Podcast‘s common room on Facebook, we’re not too optimistic. But who knows? Maybe they will surprise us and it will be amazing and hold to the spirit of the legendarium.

Because Internet was another short-ish audiobook I downloaded through the Libby app. I’d been wanting to read it for a while, as I found the synopsis intriguing. Basically, it’s a linguistic study of how the internet is shaping the English language. But it’s so much more than that, as it shows how English is a constantly evolving language, and the internet is just allowing it to evolve faster, thanks to ever-changing trends in everything from regional dialects to widely-spread cat memes. McCulloch shows how generations of internet users have developed their own slang, how the various social apps have evolved based upon how the different generations of users have used the internet and proves that teens aren’t actually using internet slang in term papers any more than teens of the 1920s used their crazy slang in their own formal writing. Because the kids might say crazy things, but they’re not stupid and they understand that you use different modes of speaking for different circumstances. I recommend the audiobook, as McCulloch’s narration of her own book is bubbly and hilarious– especially when she’s pronouncing keyboard smashes (asdfghhjkgj) or long stretches of consonants that simply can’t be stretched out (OMGGGGGG!!!)

The Fall of Gondolin is one of the three great stories of Tolkien’s legendarium, each of which has their own book outside the shorter stories in The Silmarillion (Beren and Luthien and The Children of Húrin being the other two). The Fall of Gondolin tells the story of Tuor, a human man who encounters the Valar, Ulmo (the lord of the sea), who sends him to deliver a warning to the Elvish King Turgon, who rules the hidden kingdom of Gondolin. Tuor finds the hidden city, delivers the warning, and prospers among the Elves– even marrying Idril Celebrindal, Turgon’s daughter. But while fate and treachery signal the end of Gondolin, Tuor and Idril manage to save their young son, Eärendil, who had a grand future of his own. The Fall of Gondolin features a series of drafts of the story, accompanied by notes on the texts from Christopher Tolkien. It may not make a lot of sense to a non-Tolkien reader, but I’d say it’s a must-read for fans who want to see how the legend developed. 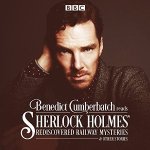 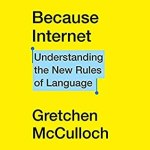 No progress on Thomas Cromwell: A Revolutionary Life or The Game of Kings.

So if you read my review of American author Jennifer Gruenke’s YA fantasy debut Of Silver and Shadow, you’ll know I had some issues with its characters and overall quality, and was considering no longer requesting YA fantasy from NetGalley. I was skeptical when I started British-Mauritian author Kester Grant’s YA fantasy debut, The Court of Miracles. But Readers, at 9% of the way through, I am already impressed by this book. I just hope it maintains this level of quality all the way through. I plan to finish it quickly and will have a review up later this week.

A brand new Pen and Des novella from Lois McMaster Bujold! This made my week when I heard this was a thing, and that it had just come out. The Pen and Des novellas are always wonderful, and they’re always quick reads, so I don’t anticipate any problems getting it finished up this week. 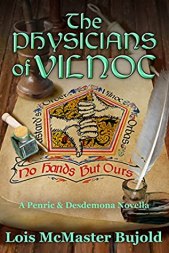 About That Writing Thing:

I am so far behind where I wanted to be.

I had such grand plans to sit down and do a bunch of writing on Friday night since it was stormy and not a good night for going outside, but then things happened and my night disappeared in a puff of smoke (not literal smoke, though that wouldn’t have surprised me by the time midnight rolled around). It’s not like I have a deadline from an editor or a publisher, but I had wanted to get this story moving along, because the next story in the series is going to be a doozy, and I want to get the setup down on paper. Alas. I will put my nose to the grindstone today and tomorrow, and see how much of the current story I can plow through. I already know what needs to happen, it’s just a matter of writing the words.

Which, as we all know, is so simple. 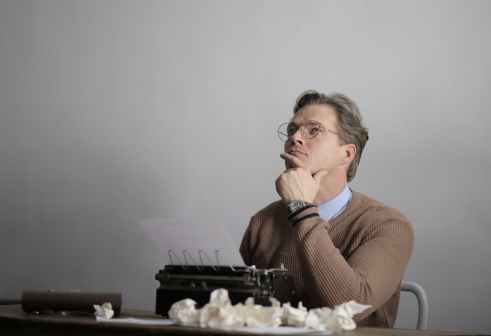 It’s like this, but with more delete button and less wasted paper. Photo by Andrea Piacquadio on Pexels.com