The week where the neighbors do their level best to scare the hell out of my cats is now over. As I had no plans to go anywhere for Independence Day and I don’t like lighting fireworks off, I spent the evening indoors with headphones on listening to music while trying to write and read (with all sorts of bangs, pops, cracks, and whistling going off all around the neighborhood). The cats dealt with it by hiding in the bathroom cabinet (Sidney) or hiding under the bed (Mina). We’re all looking forward to having quiet evenings again.

On the bright side, I did some searching on Google Maps to see if there were any nature reserves with walking or hiking trails that are closer to where I live than the big park I normally go to, and happily, there are! We have several saline marshes that have been set aside for wildlife and general nature preservation (also as watersheds that help prevent flooding in town), and there are two within a twenty-minute drive of my apartment. I visited one on Friday, and will definitely be going back– especially when the weather cools off. 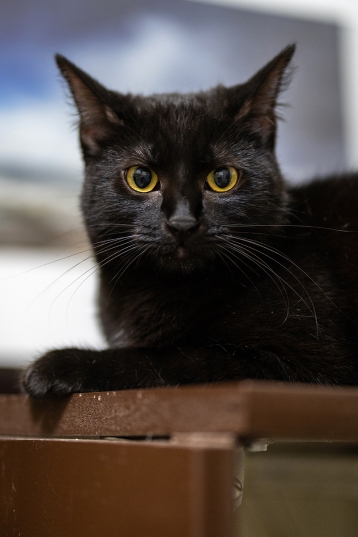 She’s been dealing with both the heat and noise by stretching out under the bed. Honestly, I wish I could do the same thing. Just hiding away from the world for a little while sounds like a good time. All the noise, though, keeps her from hopping onto the bed and curling up next to me at night. I miss that.

The Bloodprint was an interesting start to a Muslim-based fantasy series, but while the world and the characters were interesting, Khan’s writing style was too abrupt and lacked the exposition that would have helped me connect better with the characters and their quest. It also made it difficult to see the supposedly deep relationships between them as the book progressed. Ultimately, I thought this was a perfectly fine opening book, but when I took a few minutes to ask myself if I wanted to read another 1,200 pages (there are three more books in the series, each with about 400 pages) about Arian and Sinnia, I decided I didn’t want to.

Yes, I’m reading the Thomas Cromwell trilogy again. Or at least listening to it again. I listened to Wolf Hall a couple of months ago, and it took this long for Bring up the Bodies to arrive in audiobook format from the library. I got through the whole thing in a few days– and none too soon, because the audiobook of the final book in the trilogy, The Mirror and the Light arrived just a day or two later. Vance’s narration is as compelling as ever, and Mantel’s writing is masterful as ever.

I think this is the soonest I’ve gotten to a new release after buying it, but when I heard a couple of reviews stating that The Angel of the Crows had started out as a Sherlock fanfic that got… weird… I was sold. Crow is an angel (not a fallen one, mind you) and Dr. J.H. Doyle has just returned from the war in Afghanistan after being injured during an encounter with one of the Fallen. These two characters are both like and unlike Sherlock Holmes and John Watson from both the Arthur Conan Doyle stories and the BBC show, Sherlock. The parallels between the original stories and the show are obvious, but diverge in interesting ways, thanks to the supernatural and magical nature of Crow and Doyle’s world. In this world, angels become the guardians of public buildings, but wreak holy hell if they Fall; vampires lurk in the shadows, operating under a code of laws that have been in place for centuries; werewolves use their abilities to aid the police now and then; ghosts are real, and can cause real harm under the wrong circumstances. The book is mostly a collection of linked stories, but there is a thread that ties them all together– namely a series of gruesome murders in Whitechapel and other places in London. While the book itself is a delight for Holmes and Sherlock fans, the ending is definitely rushed and could have done with being drawn out more. But I enjoyed this book overall and would recommend it to a Sherlock Holmes fan who doesn’t mind someone throwing angels and vampires into the mix. 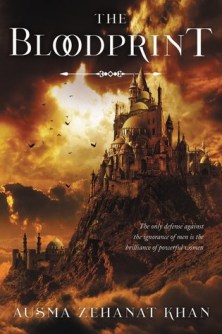 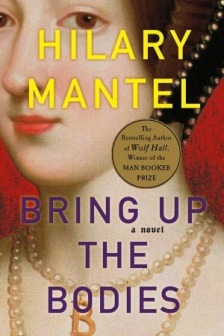 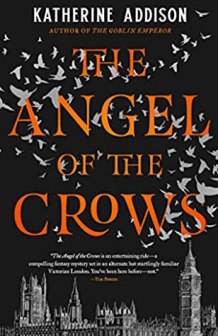 DNF: The Gradual Disappearance of Jane Ashland by Nicolai Houm, translated from the Norwegian by Anna Paterson

This is about a woman– Jane Ashland– dealing with grief. She hasn’t been able to recover from a death in her life, and after becoming obsessed with tracing her Norwegian roots, she goes to Norway to meet her long lost family. While she’s there, though, she ends up heading off into the wild blue yonder with a scientist she met on the plane. The longer she spends in the Arctic wilderness, the more she finds her identity vanishing into that wilderness. The first few chapters of this book floored me, but by the time I hit the halfway mark and Houm was delving into the mundane backgrounds of Jane and her husband, I was so bored I decided I didn’t want to finish the second half. This is the trouble I often have with literary fiction: so many of the characters are so mundane that even the most brilliant writing can’t make me care about them.

I thought I would miss Simon Vance’s narration (he’s become my favorite narrator, after all), but Ben Miles has done an excellent job of bringing Cromwell’s story to life (he portrayed Cromwell in the stage production of Wolf Hall, after all). He brings the subtle humor to life, and I’m looking forward to seeing what his narration is like when Cromwell has cause to be angry and (for once, fatally) speaks without thinking. Have I mentioned before how much I love these books? I really love these books.

The Little Stranger is about an English country doctor returning to the old mansion where his mother used to work. In post-WWII England, though, the family that’s lived there for generations now consists of a mother, her son, and her daughter. They are also living in near poverty, and barely have enough money to run a generator or keep a single servant to help them maintain what rooms they still use in the grand old house. But there may be more that’s haunting them than WWII and their memories of a lost way of life, and Dr. Faraday is about to find out how terrifying their story really is. When I posted an update about this on Goodreads, a friend commented about how this book kept her awake for weeks afterward, so I seem to have stumbled across a fantastically creepy Gothic novel. 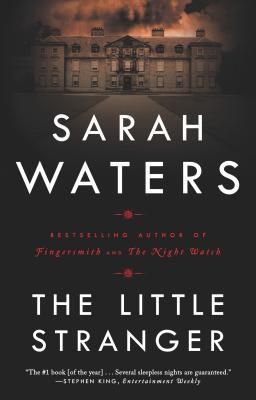 The latest season of Queer Eye sends the Fab 5 to Philadelphia to help, among others, an aspiring restauranteur, a pediatrician just beginning a new private practice, a dog groomer, and a gym owner. This show is always a lot of fun to watch, as they guys are so charming in their interactions with each other, and it’s good lessons in remembering to take care of yourself, as well as how diversity makes us better as a wider community.

The series premiere was available for free on YouTube earlier this year. I watched it, loved it, but then didn’t keep up with it until I saw that the tenth and final episode was out. So I got the free trial of Showtime’s streaming service yesterday and watched the next few episodes yesterday, and will finish it up in the next couple of days. The show’s predecessor, Penny Dreadful is one of my favorite shows ever (Victorian Gothic, starring amazing actors, with beautiful Goth production designs and characters from some of my favorite Victorian novels? Yes, please!), but City of Angels has a very different tone to it. It’s set in 1930s Los Angeles and features an eternal conflict between Santa Muerte and her sister, a shape-shifting demon named Magda. It also deals with racial tensions between the Latinx community and the racist police department (a factor that became eerily foreshadowing and relevant as the season progressed), the tribulations of the first Latinx police detective Tiago Vega, and the insidious Nazi plot to conquer America in the lead-up to WWII. Where Penny Dreadful was dark with desaturated colors, City of Angels is bright and vivid, and resembles film noir more. But the supernatural elements are still there, and every appearance of Santa Muerte inspires a feeling of dread.