Summer made a last gasp this week, but I think (hope) that Fall has arrived. Yesterday, I woke up to the sounds of a thunderstorm, and the temperatures stayed well below 80F. After a week of 90+, I was happy for that. I like my sweater weather, and that’s what we’re getting this week.

Sunset is getting earlier and earlier. Right now, if I hurry with my closing-up duties at work, I can get out and make it to the park in time for sunset, but that won’t last long. Soon, it will be dark before I can make it outside. 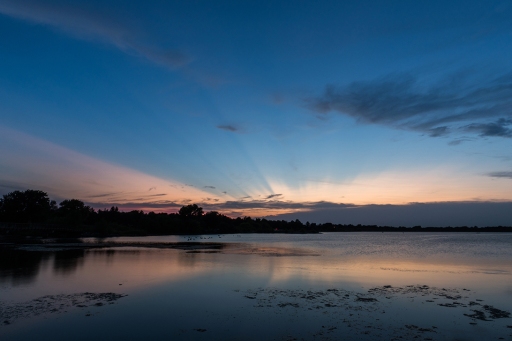 Getting ready for Fall is pretty easy in my little household. All I really had to do for it this week was to pick up my wool coat from the tailor. I’ve had it for years, and it needed a little TLC to make it good as new. Now all I need to do is break out the soup recipes, figure out a new way to organize my scarves, do a bit of dusting, and get old stuff ready to take to the thrift shop and old books to the used bookstore. Easy peasy! Especially since I did the hard work last night. It was a gloomy Saturday night, and because the football team lost a home game I declined to head downtown, which I figured would be full of upset people. So I came home, finished reading Northanger Abbey, and reorganized my bookshelves. I know, I know. It’s a thrill a minute over here. Try to contain your excitement.

Anyway. The reorganization was long overdue. Books were piling up in little stacks all over and faced being knocked over by my cat, who has no regard for the welfare of my possessions and sees every shelf as his personal perch. So I put on an audiobook, cleared the shelves of books and knickknacks, dusted them, and put everything back in strict alphabetical order. No arranging by color for me.

My collection has grown large enough that it is now housed in every room of my apartment (except the bathroom). The second bedroom (aka my studio) was the last holdout, but there was no longer any room on the other bookshelves for non-fiction, so off they went. Everything was still in order when I woke up this morning, so the non-fiction is getting along just fine with the newly rearranged art supplies.

As the weather was hot for most of the week, I didn’t get out much. I read a lot instead. I finished Una McCormack’s Star Trek novel Engima Tales, Ray Bradbury’s The Illustrated Man, and Jane Austen’s Northanger Abbey. I started reading Ursula K. LeGuin’s The Left Hand of Darkness, and a collection of poems by the 14th century Persian poet, Hafiz. Bradbury’s stories are as eerie and prescient as ever, while Hafiz’s poems lift the spirits and bring a smile to your face, no matter how gloomy you are.

This week, I plan to finish both The Gift (the collection of Hafiz’s poems) and The Left Hand of Darkness. I haven’t decided if I will start All the Birds in the Sky by Charlie Jane Anders next, or if I’ll tackle Njal’s Saga, the book I bought in Iceland. I also have to figure out if I’m going to read The Futilitarians by Anne Gisleson. I put it on hold at the library a while ago and forgot about it, so I wasn’t expecting the notification yesterday that it had arrived. I read the preface which made the book sound like it was a bunch of 30-something white people have existential crises in the city, which– despite being a 30-something white person myself– I’m not all that interested in. I’ll give it a few chapters, at any rate, and see if the preface was more melodramatic than the rest of the book.

In a last bit of news, I’ve found an audiobook I like! I’m so hit and miss on audiobooks that I’m often reluctant to try them. There are two strikes against audiobooks for me: 1) I can generally read a book faster than I can listen to its audiobook sibling, and 2) if I’m listening to something, be it music, podcast, or audiobook, I’m generally doing something else as well, and unless the narrator is fantastic or there is some other aurally interesting thing going on, I will tune out the sound to focus on the other thing I’m doing. This leads to me missing whole swaths of narration on audiobooks, particularly nonfiction.

But. I was buzzing through the Facebook page for the Barker & Llewellyn novels by Will Thomas (the next one is due out in a few weeks), and someone recommended the audiobooks narrated by Antony Ferguson. I gave the series’ first volume, Some Danger Involved a try, and I love it! Ferguson manages all the different accents (French and German included), and maintains both the dry humor and the drama that are integral to the series. I’m almost done with Some Danger Involved, and fully intend to listen to the next one, To Kingdom Come this week. 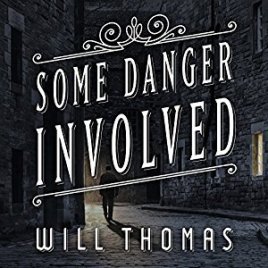