Remember last weekend, how I wanted a reset to see about having a better week? Well, I had a better week, mostly. A rainy holiday weekend, easy days of work, and I’ve been sleeping better. So for me, a great week.

Don’t let that adorable face and those big eyes fool you. This cat is a brat.

On Wednesday, I found this little brat using the liner under the box spring of my bed as a hammock. She first started getting under there when she was a tiny kitten, so I sewed up the hole she tore there and stored some boxes and things under the bed so she couldn’t get back up there.

Several weeks ago, I discovered she had torn a hole in the liner below the couch, so I blocked that off and bought her a little fuzzy house in the hopes that she would hide in the house instead of trying to rip more holes in the bottom of my couch.

I thought I’d solved it, but no. She managed to find a way into the lining of both the box spring and the couch. So I removed the linings of both, figuring that would solve the problem. No lining, no ability to get up under the furniture and rip it up.

But I was wrong. Apparently, in the back of my couch, there’s a space for a small cat to get up into, and she did just that. So once I’d lured her out of the couch with catnip, I put the boxes waaay back under the couch to block off the opening. So to my knowledge, she hasn’t been able to get back in there. 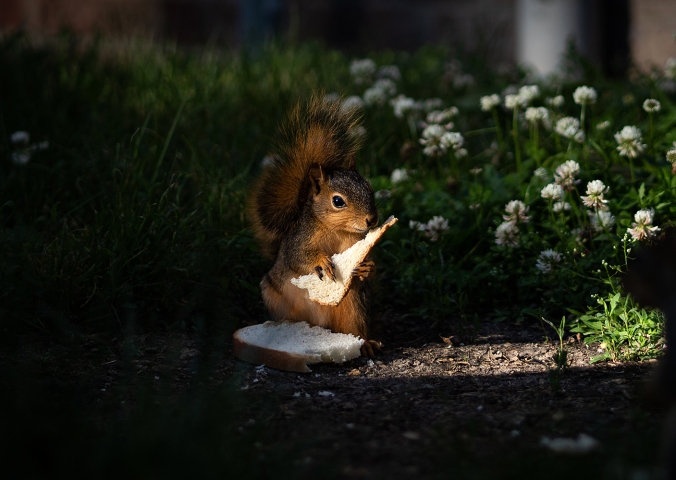 The Court of Miracles is a debut YA historical fiction novel by British-Mauritian author, Kester Grant. It is based on Les Miserables (more the musical, I would say, than Victor Hugo’s novel) and on The Jungle Book. There were a few pacing issues, but overall I found it to be a fantastic story featuring an intriguing main character in the dark Paris underworld of the 1820s. I’m already looking forward to the next book.

The Physicians of Vilnoc is the latest in Lois McMaster Bujold’s Penric and Desdemona novella series, about a man inhabited by a demon that gives him sorcerous powers. He follows, almost by default, the god of chaos. In this latest novella, Penric must take up the mantle of ‘physician’ which he wanted to leave behind forever after a horrendous experience in his homeland. But when a mysterious illness strikes the region in which he lives, he must rely on his old skills, Desdemona’s powers, and his chaotic god’s insights if he wants to find the cause of the illness before it can spread farther. This wasn’t my favorite of the Pen and Des stories, but it was still excellent. Bujold always writes such lovely stories.

And speaking of Pen and Des- I listened to two more of the novellas in this series: Penric’s Mission and Mira’s Last Dance. In Penric’s Mission, Pen and Des head to Cedonia to make contact with a young general the Duke of Adria hopes to suborn to his side, but the mission goes wrong almost the moment it begins. Penric finds himself tossed into a bottle dungeon and must find a way to escape, try to make contact with the general, and flee the country before the Cedonian army catches up. This is my favorite of the stories, as it introduces Nikys, one of my favorite characters in the whole series. Mira’s Last Dance picks up where Penric’s Mission leaves off. Penric finds himself in need of some feminine advice from one of Desdemona’s past personalities: the courtesan Mira. This is a clever and incredibly amusing story involving mistaken identity and the benefits of finding non-violent solutions to problems.

Thomas Cromwell: A Revolutionary Life continues to provide a fascinating account of the life of Thomas Cromwell, the commoner from Putney who rose to be Henry VIII’s right-hand man until his sudden and spectacular fall from grace in 1540. MacCulloch’s narrative is dense and detailed, but easy to read despite that. It also has moments of wry humor, assuming you know the characters of the principal figures of the court of Henry VIII. I especially appreciate it when MacCulloch takes a stick to poke at Reginald Pole.

I’ve read a little bit more of The Game of Kings, and I’m getting used to Dunnett’s writing style, which reminds me of adventure stories of the late nineteenth- and early twentieth centuries. Which is to say, it’s almost too fast-paced with a lot of characters and very little explanation of what’s going on. Dunnett tosses you into the thick of things and expects you to figure it all out as you go. I am perfectly fine with this.

I’ll be reading Amberlough for a buddy read with Jackie @Death by Tsundoku. We meant to do it several weeks ago, but then COVID happened, and reading plans went right out the window. But we’re going to give it another shot. I’m looking forward to this book since I’ve heard so many great things about it.

And with my being a lifelong fantasy fan, can you believe I’ve never read the entirety of The Chronicles of Narnia? I don’t know why I didn’t read them as a kid, and I read the first book, The Lion, the Witch, and the Wardrobe in college. I didn’t like it at all, so I didn’t continue the series. At the time, I felt that Lewis was laying on the allegory with a trowel, and I was done being smacked upside the head with didactic Christian narratives. I’m older now, and these are short books, so I’m willing to give them another go. My local used bookstore had six of the seven books for a couple of dollars each, so I picked them up and plan to read them in June and July.

About that Writing Thing:

I’m still way behind where I wanted to be at this point in May, but I’m living with that and typing away when I get a few minutes or an hour here and there. Part of the issue, I think, was that the ending of this story factors into the end of the entire series, so I needed to nail down every little story strand before blundering into it. Another issue is coming from the fact that I’m dealing with POVs I don’t normally use– one of the MCs is ill and not thinking clearly, and the other MC isn’t where he needs to be to see what’s going on in the story, so I’m writing from the perspectives of three secondary characters I don’t usually write from. It’s a little odd since the writing style is different. More straightforward and less descriptive.

But this week, I received one of the most thoughtful and wonderful comments I have ever gotten on AO3. It almost made me cry… The reader said they revisit my stories whenever they’re in the midst of hard times, and the stories help them feel better (plus, they love the new characters I’ve written and the way that the characters from the source material have changed across my series). I was a little baffled about this at first because the characters are constantly getting into horrid trouble and facing all sorts of danger, but… Then I realized: my love of the original comes from the friendships that were portrayed, and so that’s what I feature in my stories: friends helping each other through thick and thin and being true to each other no matter what.

Given that I’m an aro-ace, I’m often frustrated by the constant emphasis on romance over friendship, so when I write I emphasize friendship over romance. Not that there’s no romance at all, it’s just not the focus. So while several readers have commented that they think the series deserves far more attention than it gets, I understand why it doesn’t. I don’t use the fandom’s primary OTP, and it’s not tagged with any tags indicating romance. But I’m not writing to get attention. I’m writing because I (usually) enjoy writing.

And the comments from people who say my fanfics have helped them through hard times? That’s the best thing of all.

In Other SFF News:

The Science Fiction and Fantasy Writers of America presented the 2019 Nebula Awards last night. The Nebulas are one of the most prestigious SFF awards in the US, second only to the Hugos.

I’m happy to see Lois McMaster Bujold honored with the title of Grand Master. It’s not an award given out every year, nor is it given to just any author. It’s an award given to someone who has been writing excellent work for many years, and whose work has helped shaped the genre, as Bujold has done with her Vorkosigan Saga and The World of the Five Gods books. She doesn’t show up on bestseller lists or Goodreads’s annual ‘Goodreads Choice Awards’, but she’s won many, many awards over the years, and the members of the SFWA recognize her excellence, so that’s good enough for me.

Given the synopsis of A Song for a New Day (which takes place in a totalitarian future where disease and governments enforce strict social distancing to the point where there are basically no public gatherings), its selection seems a little on the nose, but Sarah Pinsker couldn’t have possibly predicted the course of 2020 when she was writing this. While I was hoping Alix E. Harrow’s The Ten Thousand Doors of January would win, I’m fine with the judges’ selection. Hopefully, Pinsker will get more recognition and have her book read by more people. I’m just glad Gideon the Ninth didn’t win, as it already has crazy amounts of hype surrounding it. Plus, I disliked it from the first page.

Now I’m looking forward to finding out the winners of the Women’s Prize, the Booker Prize, and the Hugos– none of which will be announced for a few more months.